This year has been a year of disappointing sequels. The one most prevalent in my mind is one that the whole blogosphere was flailing about since they read the second book: Allegiant. Even though I was less in love with Insurgent than I wanted to be, I was still really excited for the finale. But I was disappointed. I felt like maybe it was stretched too far and I just didn’t feel the spark anymore. Is it possible that it’s the distance between instalments that does it for me? 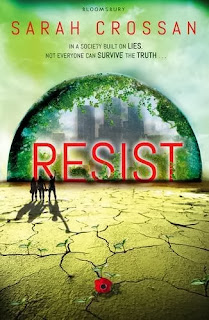 I think that was definitely the case for Sarah Crossan’s Resist. Clearly remember adoring Breathe, and my review supports that, but I didn’t finish Resist. I don’t think I even got a quarter of the way through before I put it down never to pick it up again. I couldn’t remember a single thing about the first book and I found I didn’t really care either. I had no connection with characters and a world I had previously loved. I was really upset, but I felt nothing when I deleted my e-proof off of my Kindle.

The dwindling of my love was a little different with Monsters, the final book in Ilsa J Bick’s trilogy. A trilogy in which I was consumed by the first two books. I read a catch up of the series before beginning Monsters so I wasn’t thwarted by my poor memory and I still didn’t click. This series has been epic from the beginning and each book is very long and complex, but I think it went a little far in the final instalment. I honestly think it could have ended somewhere in the second book and that it was dragged out. More and more characters and points of view were thrown in and it was full-throttle danger and imminent death for characters that I had fallen in love with, but by the end of Monsters, I didn’t care anymore. I just wanted it to be over so I could move on. 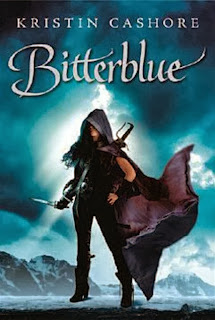 I felt similarly about the unnecessary length of the novel when it came to Bitterblue. This trilogy captured my heart and held it hostage for both Graceling and Fire so I was pretty crushed when I didn’t fall in love with Bitterblue. I don’t think that Bitterblue herself was as engaging as Katsa and Fire were and that’s what draws me in. I also thought it was slow and too information heavy. My favourite parts were the ones that included Po and Katsa, to be honest. Luckily, I’m choosing to hold onto how mind-blowingly amazing Garceling and Fire are instead of dwelling on the final companion.

Julie Kagawa’s world of the Nevernever is one of my very favourites. I legitimately want to go there and trade a memory for the Sight. I was gutted to see The Iron Fey trilogy and Meghan and Ash’s story end so the announcement of The Call of the Forgotten spin-off series starring Meghan’s brother, Ethan, made me super happy. We’re on book two now, The Iron Traitor, and I’m completely underwhelmed. There are lots of the same characters and the same world, but the spark is missing. I just want Meghan and Ash back. I do still love the Nevernever though. I’m hoping that this spin-off might be redeemed by the next (and possibly final?) book, but I don;t have my hopes up. 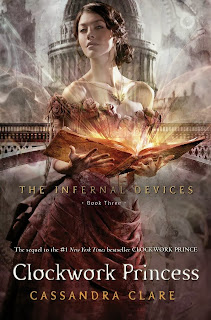 And finally, the big one. I spent two years waiting for Clockwork Princess. Cassandra Clare is one of my favourite authors and I love every word she puts to paper, the original ending of The Mortal Instruments series – City of Glass – was perfection and so I had every faith that Clockwork Princess would make me bawl and leave me happy and satisfied. Instead, I felt cheated. I adored it most of the way through, some moments even more, and then came the ending and specifically, the epilogue. I felt like she was slightly pandering to both lots of shippers and I was so disappointed. I mean, it was a satisfying ending for Tessa, but I felt cheated and that she’s cheated the characters as well. I was so, so disappointed that I had cried for these characters multiple times, that I had cheered for them, worried for them and then it was over the way it was over. Now I’m terrified for City of Heavenly Fire. If that ends in disappointment, I’ll be devastated – I’ve been with that series and those characters for a very long time. Here’s hoping...

There are so many reasons why a sequel might fail to live up to my expectations and it’s interesting how each of these is a mixture of several different elements. But it’s clear to me that they all come down to one thing: a connection, whether that be with the world, the plot or the characters, needs to be there and have remained strong since I read the last instalment of the series. That’s a pretty tall order but I could reel off a huge list of authors who’ve done just that. Including Rachel Caine, Richelle Mead, Louise Rennison, usually Cassandra Clare, usually Julie Kagawa, Tahereh Mafi, Sarah J Maas. It’s such a shame as I end up forgetting about and disregarding authors who’s future books I may love.

I say bring back the standalone. You can’t go wrong with those.

Series or standalone? How do you make sure you remember previous books in a series? Did any of you absolutely love any of the sequels I’ve mentioned?