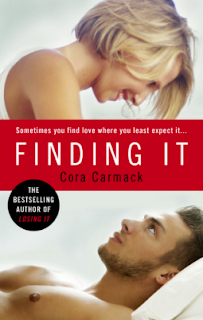 Kelsey Summers is looking for love in all the wrong places.

Spending a few months travelling around Europe – with no parents, no responsibilities and a no limit credit card – Kelsey’s having the time of her life.

But when she completely embarrasses herself in front of the hottest guy she’s ever seen, she soon realises there’s more to life than the next party.

What she doesn’t realise is that although she’s on a journey to find herself, she will end up finding The One...

Looking forward to this! Thanks NetGalley and Ebury Digital! 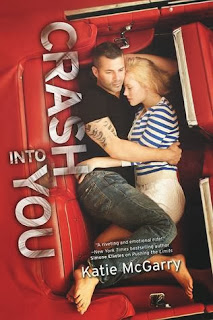 Crash Into You – Kate McGarry (US proof)

From acclaimed author Katie McGarry comes an explosive new tale of a romance forged in the fast lane.

The girl with straight A’s and the perfect life – that’s who people expect Rachel Young to be. So the private school junior keeps secrets from her wealthy family...and she’s just added two more to the list. One involves racing strangers down dark country roads in her Mustang GT. The other? Seventeen-year-old Isaiah Walker – a guy she has no business even talking to. But after the foster kid with the tattoos and intense gray eyes comes to her rescue, she can’t get him out of her mind.

The last thing Isaiah needs is to get tangled up with a rich girl who wants to slum it on the south side for kicks. But when their shared love of street racing puts their lives in jeopardy, Isaiah and Rachel will have six weeks to come up with a way out. Six weeks to discover how far they’ll go to save each other.

I already have an e-proof of Crash Into You, but I’m taking part in a special blog tour for this later in the month so I got a print one too! Thanks Mira! 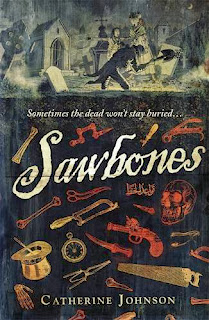 Medical science is flourishing, and in London the illegal trade in corpses has never been more...alive.

At the dissection table of his master, apprentice Ezra McAdam has learnt that each body tells a tale.

Magician’s daughter Loveday Finch, meanwhile, is suspicious of her father’s death – and looking for answers.

When the pair cross paths they unearth a tangled web of intrigue. And still the bodies are building up...

This sounds really interesting. Thanks Walker! 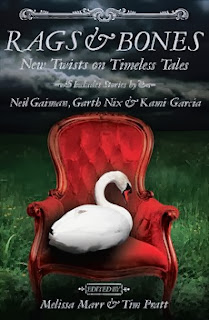 A unique short-story collection from the imaginations of the very best authors of our time.

There are some stories that will always be told, tales as timeless as they are gripping.

There are some authors who can tell any story.

In Rags & Bones, award-winning and bestselling authors retell classic fairytales and twisted tales in the way that only they can. With magic and passion, they bring these stories – whether much loved or forgotten – back to life.

Read ‘Sleeping Beauty’ as only Neil Gaiman can tell it. See ‘Rumpelstiltskin’ through the eyes of Kami Garcia. And hear of Rudyard Kipling’s ‘The Man Who Would Be King’ from the inimitable Garth Nix.

This sounds awesome! Thanks Hodder! 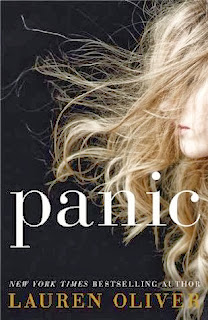 Heather never thought she’d compete in Panic, a legendary game played by graduating seniors, where the stakes are high and the payoffs are even higher. She’d never thought of herself as fearless, the kind of person who would fight to stand out. But when she finds something, and someone, to fight for, she will discover that she is braver than she ever thought.

Dodge has never been afraid of Panic. His secret will fuel him, and get him all the way through the game; he’s sure of it. But what he doesn’t know is that he’s not the only one with a secret. Everyone has something to play for.

For Heather and Dodge, the game will bring new alliances, unexpected revelations, and the possibility of first love for each of them – and the knowledge that sometimes the very things we fear are those we need the most.

I have to confess that I’ve actually only read Lauren’s first novel and I wasn’t that fussed, but this does sound interesting. Thanks Hodder!

All I bought this week is a shiny, beautiful finished hardback of Picture Me Gone by Meg Rosoff to add to my shelf.