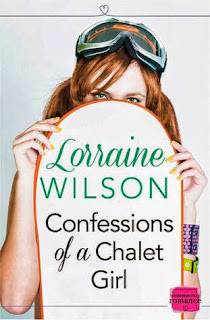 Synopsis
Verbier. Exclusive Swiss ski resort and the winter playground of the rich and famous = every chalet girl’s dream!

Good for:
Maximum time on the ski slopes – and in the bars at night!
Looking for flings – or looking for rings!
Super hot snowboarders such as Luxury Chalet Experiences owner Scott Hamilton...

But not for Holly Buchanan. This accidental chalet girl won’t drink, can’t ski – and isn’t there to hook up with any man who’s only interested in making her another notch on his ski pole. Or so she thinks.

Scott’s living life to the full, both on and off the piste, and Holly can’t help but find his attitude just a little bit infectious... And the hook up? Well, she’s going to have to confess that one night with her boss just won’t be enough!

So pack your salopettes and pour another shot of Jagermeister, it’s time to hit the slopes!

Mini-review:
I requested this novella purely on the basis of loving the film Chalet Girl, starring Ed Westwick. Though I didn’t enjoy it as much as I did that film, Confessions of a Chalet Girl was an entertaining way to spend a train journey.

I didn't think that the stunning landscape of the Alps and the general atmosphere of the ski resort. It was focused on Holly’s burgeoning relationship with Scott, and yet I didn't really get a sense of either of their personalities, just a little bit of background on their emotional traumas. At only 108 pages, I expected their relationship to move fast and it certainly did. The sex scenes were hot and rather explicit (I was blushing on the train) and they jumped straight in to declarations of love and massive life changes with very little thought. It was just a little clichéd and unrealistic, especially when the other chalet girls started sabotaging Holly for no apparent reason.

This was quick and fun, but I doubt I’ll remember it or think to recommend it to anyone in the future.

Thanks to NetGalley and Harper Impulse for the review copy. 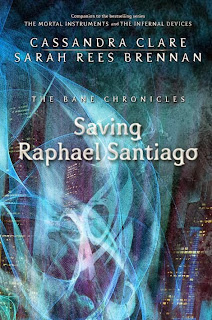 Synopsis
One of the more interesting jobs Magnus has ever been involved in... A distraught mother in 1950s New York hires Magnus to find her son, Raphael, but when Magnus finds him young Raphael is already beyond saving. Or is he?

Mini-review
With each instalment of this series I fall more and more in love with Magnus Bane. Saving Raphael Santiago added to Magnus’ reputation of being unable to ignore the call of a beautiful, damaged boy in need of assistance. I love that Raphael gave Magnus a run for his money with banter and strength and their friendship was touching and understated.

As always, it was really interesting to see the origins of a pretty big player from The Mortal Instruments and see how they became the character I met in the original series. 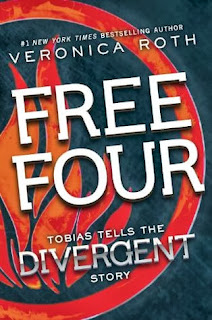 Synopsis
This thirteen-page scene reveals unknown facts and fascinating details about Four’s character, his past, his own initiation, and his thoughts about new Dauntless initiate Tris Prior.

Mini-review
Free Four is an incredibly short scene set during Divergent from Four’s point of view. Four’s true feelings behind the moment early in the first book when Four and Eric coach the Dauntless initiates in knife throwing and the cause of the tension between Four and Tris revealed. It was a fleeting glimpse of the turmoil Four was experiencing and it made me desperate for Allegiant. I’m so glad there’s not long to go!