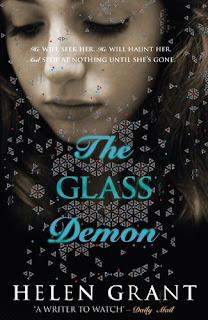 The Glass Demon - Helen Grant
The First Death
Seventeen-year-old Lin Fox finds a body in an orchard. As she backs in horror, she steps on broken glass.
The Second Death
Then blood appears on her doorstep - blood, and broken glass.
The Third Death
Something terrible is found in the cemetery. Shards of broken glass lie by a grave.
Who Will Be Next?
As the attacks become more sinister, Lin doesn’t know who to trust. She’s getting closer to the truth behind these chilling discoveries, but with each move the danger deepens.
Because someone wants Lin gone - and won’t give up until he’s got rid of her and her family. Forever.
This sounds fantastic. Thanks, Puffin! 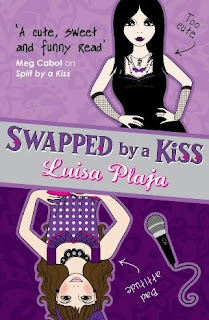 Swapped by a Kiss - Luisa Plaja
I wish I wasn’t myself anymore.
I wish I was her.
I wish I was Jo.
Rachel hates her life.
When her on/off boyfriend David goes to a music festival she decides to surprise him - but she gets a shock of her own. Not only does she find David kissing someone else, but it’s their friend Jo! Super-lovely, super-loved, all-round-perfect Jo.
Rachel runs away, wishing she could leave her life behind - and suddenly she finds herself in Jo’s body! Can she keep this swap a secret? Can she unravel what’s really going on? Can she get to grips with Jo’s out-of-control curly hair?
And if she discovers that being in someone else’s shoes isn’t all it’s cracked up to be, can she ever be herself again?
SO beyond excited to read this! Thanks, Random House!
Bought: 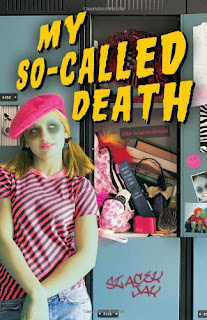 My So-Called Death - Stacey Jay
Just because you don’t have a pulse doesn’t mean you can’t be perky.
My first day at DEAD High, and someone harvests a fellow undead freshman’s brain?!?
I leaned over and hyperventilated for a few minutes. Then I noticed that Gavin’s shoes were not regulation uniform gear - and that those non-regulation shoes were splattered with blood.
I tried to search his face for signs of guilt, but instead found myself sucked into the gorgeousity of Gavin. Be still, my non-beating heart! Surely someone so beauteous couldn’t be an evil zombie brain thief…?
Really looking forward to this. I think it’s going to be really funny. 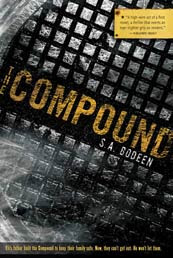 The Compound - SA Bodeen
Safe or sorry?
Eli and his family have lived un the underground Compound for six years. The world they knew is gone, and they’ve become accustomed to their new life. Accustomed, not happy. For Eli, not amount of luxury can stifle the dull routine of living in the same place, with only his two sisters, only his father and mother, doing the same thing day after day after day. As problems with their carefully planned existence threaten to destroy their sanctuary - and their sanity - Eli can’t help but wonder if he’d rather take his chances outside. Eli’s father built the Compound to keep them safe. But are they safe - or sorry?
I LOVED The Gardener so I had to order SA Bodeen’s first book immediately. I just hope I love it as much as I did The Gardener!