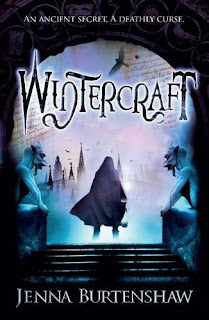 Wintercraft - Jenna Burtenshaw (ARC)
Ten years ago Kate Winters’ parents were taken by the High Council’s wardens to help with the country’s war effort.
Now the wardens are back, and prisoners, including Kate’s uncle Artemis, are taken south on the terrifying Night Train. Kate and her friend Edgar are hunted by a far more dangerous enemy. Silas Dane - the High Council’s most feared man - recognises Kate as one of the Skilled; a rare group of people able to see through the veil between the living and the dead. His spirit was damaged by the High Council’s experiments into the veil, and he’s convinced Kate can undo the damage and allow him to find peace.
The knowledge Kate needs lies within Wintercraft - a book thought to be hidden deep beneath the graveyard city of Fume. But the Night of Souls, when the veil between life and death is at it’s thinnest, is just days away and the High Council have their own sinister plans for Kate and Wintercraft.
VERY excited for this one. And it’s a UK debut! Thanks, Headline! 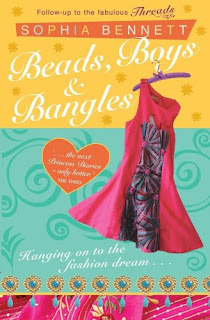 Beads, Boys and Bangles - Sophia Bennett
Crow is in designer heaven; Nonie’s caught the eye of a gorgeous boy; Jenny’s rehearsing a new play.
But this time Edie’s in trouble…The rumours are that slave children in India have been making Crow’s new high-street collection.
How far do the girls have to go to save their dreams?
I haven’t read the first book, Threads, yet, but now I have every incentive to! Thanks to Chicken House for this.
Bought: 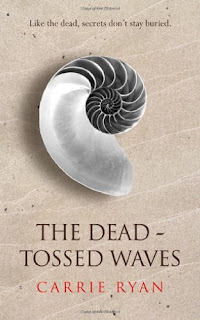 The Dead-Tossed Waves - Carrie Ryan
Gabry lives a quiet life, secure in her town next to the sea and behind the Barrier. She’s content to let her friends dream of the Dark City up the coast while she watches from the top of her lighthouse.
Home is all she’s ever known and all she needs for happiness.
But life after the Return is never safe and there are threats even the Barrier can’t hold back.
Gabry’s mother thought she left her secrets behind in the Forest of Hands and Teeth but, like the dead in their world, secrets don’t stay buried. And now, Gabry’s world is crumbling .
One night beyond the Barrier…
One boy Gabry’s known forever and one veiled in mystery…
One reckless moment, and half of Gabry’s generation is dead, the other half imprisoned.
Now Gabry knows only one thing: if she has any hope of future, she must face the forest of her mother’s past.
I am so annoyed that the cover for this was changed. What was wrong the blue one? This one doesn’t match the hardback of the first book properly now! (It’s so irritating!)
Sophie
Posted by So Many Books, So Little Time at 09:00
Email ThisBlogThis!Share to TwitterShare to FacebookShare to Pinterest