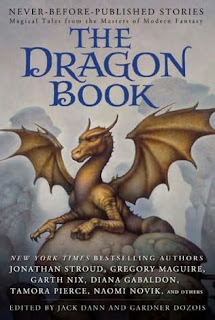 The Dragon Book - edited by Jack Danna and Gardner Dozois
From Amazon: In this unmissable collection, the biggest names in Fantasy reignite the fire of these legendary beasts with stories that will consume your imagination. Magical! "The Dragon Book" has stories from Garth Nix, Tad Williams, Jonathan Stroud, Tamora Pierce, Diana Wynne Jones, Sean Williams, Greg Maguire and many others.
I’ve never read anything about dragons before, so I thought I’d give this a go. 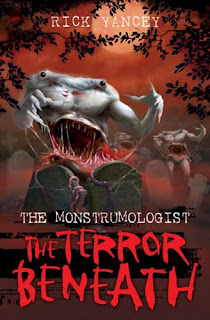 The Monstrumologist: The Terror Beneath - Rick Yancey
Mon-strum-ol-o-gy n.
1. The study of life forms generally malevolent to humans and not recognised by science as actual organisms, specifically those considered products of myth and folklore.
2. The act of hunting such creatures.
In the short time Will Henry has lived with Dr Warthrop, he has grown used to mysterious visitors and dangerous business. For Warthrop is no ordinary doctor; he is a monstrumologist, a specialist in monsters.
When a grave robber calls one night, he brings a grisly delivery for Will and the doctor. It is the body of a young girl entwined with the corpse of an Anthropophagus - a monster with a mouth full of razor-sharp teeth in its belly. The doctor knows the terrible truth: where there is one of these man-eating monsters, there are many. But can Will and the monstrumologist find the lair of the beasts before they kill again?
This was a complete surprise. It looks interesting! 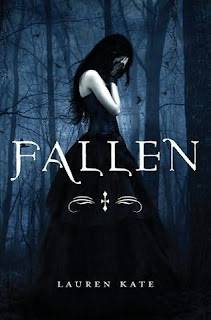 Fallen - Lauren Kate
Daniel’s gaze caught hers, and her breath caught in her throat. She recognised him from somewhere. But she would have remembered meeting someone like him. She would have remembered feeling as absolutely shaken up as she did right now.
But what do you do when the person you’ve spent your whole life looking for keeps slipping out of your grasp? What if the person who are meant to be with can never be yours?
Dangerously addictive and darkly romantic, Fallen is the ultimate gothic love story - a page-turning thriller about fallen angels.
!!! I squealed when I opened this. I had no idea that it was coming at all.
I also got a beautiful finished copy of Hush, Hush by Becca Fitzpatrick (my review). It’s so pretty! The cover is all shiny and silvery.
Sophie
Posted by So Many Books, So Little Time at 08:00
Email ThisBlogThis!Share to TwitterShare to FacebookShare to Pinterest