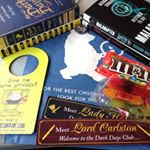 Walker Blogger Brunch
At the beginning of the months I was invited back to Walker Books for their Blogger Brunch to showcase some of their 2016 titles. Three lovely authors were in attendance – Alison Goodman, Nat Luurtsema and Richard Curti – who presented their new novels, The Dark Days Club, Goldfish and Maladapted respectively. We had a lovely morning of cream tea and sandwiches and came away with a very exciting goody bag! 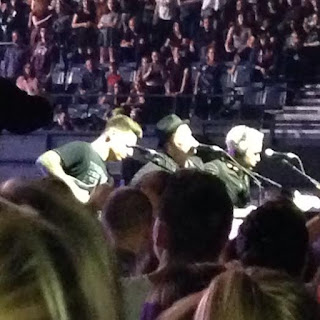 Fall out Boy at Wembley
I've loved Fall Out Boy since I was about 14 so it was a pleasure to see them live again. Both times I've seen them they’ve played a variety of songs from across their seven albums and I loved every minute, especially when they pop up at the back of the stadium on a little stage and perform a few acoustic songs. And I was so close! Again! I’m far too short and icky about personal space to get in the crowd anymore so it’s lovely when a band give some attention to the back of the crowd. It’s also nice to be able to have a nice cold cider without risking pouring it all over myself! 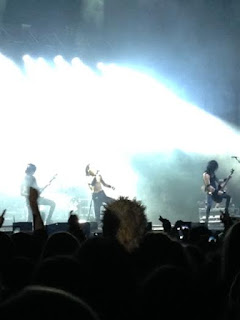 Warped Tour
Warped Tour is a huge deal in the US with a whole host of bands travelling the country to perform for a good few months and in 2012 it was brought over here. Then again in 2013 and this year. The line-up hasn’t yet bettered 2012, but it was still brilliant fun. It’s an all day festival at Alexandra Palace featuring rock, punk pop and metal bands – perfect! I saw some new to me bands and saw Black Veil Brides again who played through some technical difficulties and Andy Biersack distracted us by playing the entire show without a shirt on. 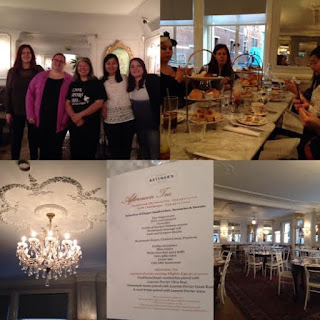 Afternoon Tea with Julie Kagawa at Kettner’s
The lovelies at Midas PR and Mira Ink invited me and two other bloggers, Daphne (Winged Reviews) and Sarah (Sarah’s Reviews), to have afternoon tea at the gorgeous Kettner’s with Julie Kagawa to celebrate the upcoming release of The Iron Warrior. It was so lovely to have some informal, relaxed time with a favourite author and what a place to do it! It was a lot of fun and rather special for a Monday. 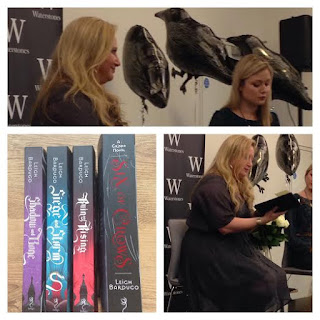 #MagicandMayhem with Leigh Bardugo
After we’d filled up on afternoon tea, Sarah and I headed over to Waterstones Piccadilly for a spot of #MagciandMayhem with Leigh Bardugo! Leigh was interviewed by the very lovely Katherine Webber, who works at Booktrust and will be a 2016 debut author, and it was such a fun event. There were crow balloons, special biscuits (although I didn’t get one L) and so many laughs – Leigh is brilliantly funny.