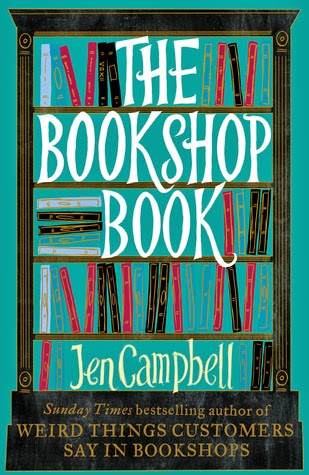 Every bookshop has a story.

From the oldest bookshops in the world, to the smallest you could imagine, The Bookshop Book explores the history of books, talks to authors about their favourite places, and looks at more than three hundred weirdly wonderful bookshops across six continents. (Sadly, we’ve yet to build a bookshop in the South Pole.)

This book is a love letter to bookshops all around the world.

This sounds like an absolute treasure of a book. Thanks Constable and Robinson! Check back on the 19th for a stop on Jen’s blog tour! 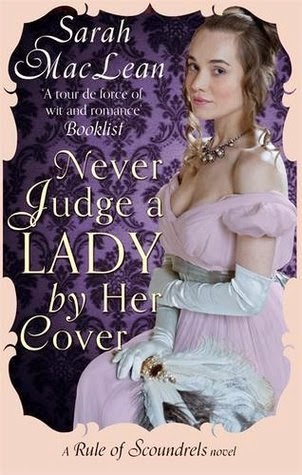 Never Judge a Lady by Her Cover, Sarah Maclean (paperback)
By day, she is Lady Georgiana, sister to a duke, ruined before her first season in the worst kind of scandal. But the truth is far more shocking – in London’s darkest corners, she is Chase, the mysterious, unknown founder of the city’s most legendary gaming hall. For years, her double identity has gone undiscovered...until now.

Brilliant, driven, handsome-as-sin Duncan West is intrigued by this beautiful woman who is somehow connected to a world of darkness and debauchery. He knows she is more than she seems and he vows to uncover all of Georgiana’s secrets, laying bare her past, threatening her present and risking all she holds dear...including her heart.

I haven’t read any Sarah Maclean and this is the fourth and final book in a series so I won’t be getting to it any time soon, but it does sound fun. Thanks Piatkus! 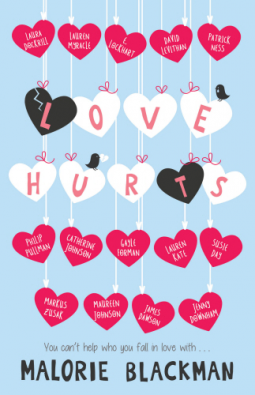 Malorie Blackman brings together the best teen writers of today in a stunningly romantic collection about love against the odds. Featuring short stories and extracts about modern star-crossed lovers from stars such as Gayle Forman, Markus Zusak and Patrick Ness, and with a brand-new story from Malorie Blackman herself, Love Hurts looks at every kind of relationship, from first kiss to final heartbreak.

This sounds so up my street! Thanks RHCP and NetGalley! 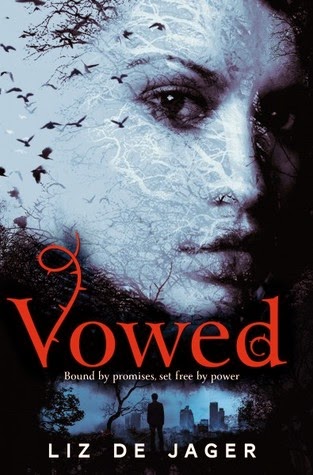 The Blackhart Code: don’t let the monsters grind you down.

A Blackhart can see the supernatural behind everyday crimes. But some crimes hide even greater evils...

Kit Blackhart must investigate why children are disappearing from a London estate. Their parents, the police and Kit’s fae allies claim to know nothing. And as more children disappear, the pressure mounts. Luckily, or unluckily, government trainee Dante Alexander is helping Kit with the case. Yet just as her feelings towards him begin to thaw, his life falls apart. As Kit struggles to unravel Dante’s problems and solve their case, she meets fae Prince Thorn in her dreams – but their relationship is utterly forbidden.

Then Kit digs too deep, uncovering a mystery that’s been hidden for one thousand years. It’s a secret that could just tear down our world.

*sings* I’m so excited, and I just hide it. Much excitement. Thanks Tor and NetGalley! 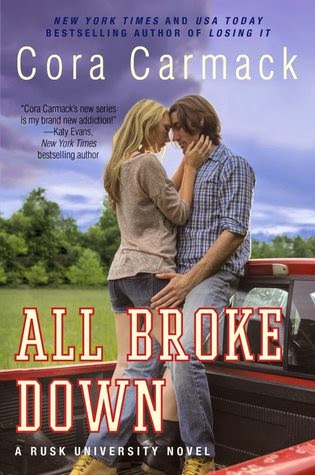 All Broke Down: A Rusk University Novel, Cora Carmack (e-book)

Dylan fights for lost causes. Probably because she used to be one.

Environmental issues, civil rights, education – you name it, she’s probably been involved in a protest. When her latest cause lands her in jail for a few hours, she meets Silas Moore. He’s in for a different kind of fighting. And though he’s arrogant and not at all her type, she can’t help being fascinated with him. Yet another lost cause.

Football and trouble are the only things that have ever come naturally to Silas. And it’s trouble that lands him in a cell next to do-gooder Dylan. He’s met girls like her before – fixers, he calls them, desperate to heal the damage and make him into their ideal boyfriend. But he doesn’t think he’s broken, and he definitely doesn’t need a girlfriend trying to change him. Until, that is, his anger issues and rash decisions threaten the only thing he really cares about, his spot on the Rusk University football team. Dylan might just be the perfect girl to help.

Because Silas Moore needs some fixing after all. 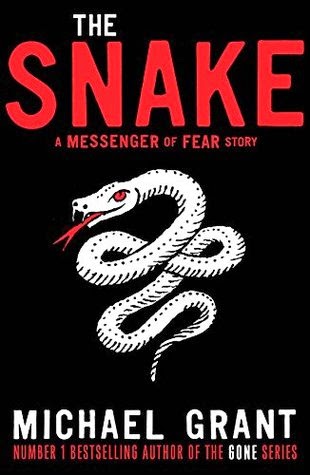 The Snake: A Messenger of Fear Story, Michael Grant (e-book)

“You have done wrong. You must first acknowledge the wrong, and then you must atone...”

Schoolteacher Lisa Bayless is dead, murdered. She had sinned, and now she has paid for her sin with her life.  But with the police ignorant that a murder has taken place, who will punish her killer? The Messenger of Fear and his apprentice Mara exist to ensure that a higher balance is maintained.

What they uncover is a twisted web of lust and vengeance, and what they must ensure is thatthe ultimate price is paid. Lisa’s murdered thinks he already knows the meaning of fear. But until now, he’s had no idea...

I absolutely loved Messenger of Fear so I can’t wait to delve back into this world. Long ago, dragons were hunted to near extinction by the Order of St George, a legendary society of dragonslayers. Hiding in human form and growing their numbers in secret, the dragons of Talon have become strong and cunning, and they're positioned to take over the world with humans none the wiser.

Ember and Dante Hill are the only sister and brother known to dragonkind. Trained to infiltrate society, Ember wants to live the teen experience and enjoy a summer of freedom before taking her destined place in Talon. But destiny is a matter of perspective, and a rogue dragon will soon challenge everything Ember has been taught. As Ember struggles to accept her future, she and her brother are hunted by the Order of St George.

Soldier Garrett Xavier Sebastian has a mission to seek and destroy all dragons, and Talon's newest recruits in particular. But he cannot kill unless he is certain he has found his prey - and nothing is certain about Ember Hill. Faced with Ember's bravery, confidence and all-too-human desires, Garrett begins to question everything that the Order has ingrained in him - and what he might be willing to give up to find the truth about dragons.

I'm not a massive fan of dragons, but I do love Julie Kagawa so I'm looking forward to it!