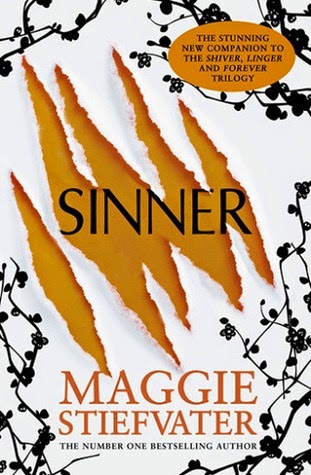 Other Titles by this Author: Lament, Ballad, Shiver, Linger, Forever, The Scorpio Races, The Raven Boys, The Dream Thieves

The stunning companion novel to the Shiver, Linger and Forever trilogy.

I love the frantic, desperate energy that Cole ran on. It bled through the pages and I felt like I was buzzing along with him, desperate for something to pump me up further, but also waiting for the crash. He’s vibrant and jittery and poised to self-destruct. And my heart ached for him.

I love the way that Isabel wasn’t a different person around Cole; she was just a different, more real, version of herself. Her harshness softened and her hackles went up. Cole is one of the few people that can get under Isabel’s skin and she was so determined not to let him, but she didn’t have a chance.

I love the way that they both demonstrated how you can be one person for yourself and another person for other people and another for other people. The face you put on for the world isn’t necessarily the one you’d choose. You put up barriers and slap on masks to stop the world from getting in and the darkness from getting out. Never was this more evident than when Victor’s death came crashing down on Cole and when Isabel could no longer hide from her parents’ fracturing relationship.

I loved how you felt like a contemp through and through. Cole’s ability to turn into a wolf was more of an escape for him, a drug, than a paranormal element. I also forgot that the whole Shiver trilogy revolved around werewolves; it felt completely separate to Grace and Sam’s story. Isabel and Cole are a whole hot mess on their own.

I love the way that music felt alive. The raw, pulsing, high-inducing feeling of making and loving and being around music seeps through the entire novel, making me itch for a even a shred of musical talent. And when that failed to appear I checked my calendar and worked out just how long it is until my next gig so I can feel the music make my knees vibrate again.

Sinner, you have effortlessly glided into my 2014 favourites and I was completely and utterly immersed within your pages, unwilling to get out and eager to get back in when I did. You’re awesome.

Lots of love,
Sophie
Posted by So Many Books, So Little Time at 06:00
Email ThisBlogThis!Share to TwitterShare to FacebookShare to Pinterest