From Page to Screen: If I Stay


IF I STAY
Adapted from the novel If I Stay by Gayle Forman (Dutton, 2009) 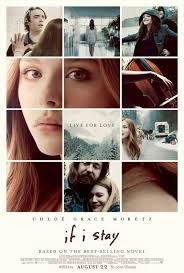 What’s it about?
On a cold, icy morning, the Hall family have a horrific car accident. Mia wakes up in the hospital, outside of her body, her family gone. As she thinks over her relationship with Adam and the love of her punk rock parents, Mia has decide whether she will stay or whether she will go...

Does it hold up?
Right from the off, If I Stay is beautifully shot. The warmth of the Hall home and the soft, muted colours of a bright icy day set the scene immediately. There was no need for an explanation of what happened in the accident, it was all in the scenery.

As life as Mia knows it ends, everything leading up to that crash comes spilling out through flashbacks, helping Mia to come to terms with what she’s lost, but also what she has to go back to. I thought that most of the important parts of the novel, building the relationship between Mia and Adam, creating the sense of family between the Halls and the love of music, were portrayed really strongly.

I was especially in love with the Halls. Mia’s parents are some of my favourite ever fictional parents and I fell in love with them all over again. I love their punk rock roots, laid-back approach to parenting and championing of their daughter’s rocker boyfriend. I only wish they got more screen time! The warmth, affection and imperfect higgledy-piggledy-ness of the family gave the warm fuzzies, serious jealousy and future aspirations. 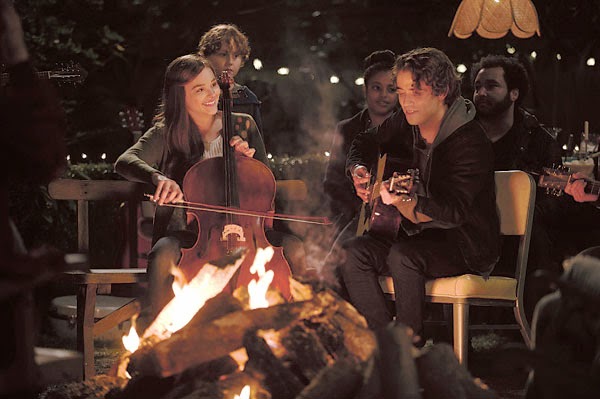 The pitch-perfect relationship building stretched to Mia and Adam as well, for the most part anyway. Jamie Blackley who plays Adam is intense and everything he says and feels shows on his face which is so important for a character like Adam, because Adam isn’t perfect. There’s no Hollywood sheen on Adam; he’s a little messed up, insecure, makes mistake and says the wrong thing. He feels like the type of guy you could meet in real life and, man, would you have lucked out. He feels everything so deeply and loves whole-heartedly. My problem was Chloe Grace Moretz as Mia.

I just didn’t buy her. If I Stay is a story with serious emotional weight and Moretz showed no emotion. She wasn’t Mia learning that her family were gone, Mia realising that this could be it for her and Adam, Mia experiencing the thrill of auditioning for Julliard – she was an actress attempting to portray a girl feeling those things. She was cold and unresponsive and I felt nothing from her when she wasn’t acting directly across from someone else, and even then she was somehow less than the other actors. Mia is a fantastic character in the novel and I felt a little let down by Moretz’s portrayal of her. 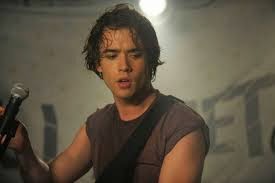 Moretz really did let the film down as Mia is a strong, lovable and relatable character and the emotion of the story was sometimes a little lost in the movie. But it’s still a strong, solid film that’ll have everyone in tears.

Book or film?
I thoroughly enjoyed the adaptation, but it will always be the novel for me. The emotional potency, the characters and the stunningly beautiful writing will win me over every time.