It’s November and 2016 is disappearing at a scary rate. My TBR is still twice as tall as me and annoyingly, time doesn’t seem to be slowly down to give me some more reading time. Booooo. So obviously, I had to make a list. 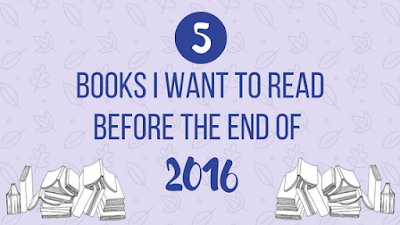 The Master and Margarita, Mighail Bulgakov
I’m slowly getting to grips with Russian literature after falling in love with Anna Karenina and in preparation for diving in War and Peace in the New Year. This is meant to be funny and weird af. The devil appears in Moscow, leaving behind full asylums and law and order in chaos. Only the Master can resist the devil’s pull.

Americanah, Chimamanda Ngozi Adichie
I devoured The Thing Around Your Neck, Adichie’s short story collection, earlier in the year and fell hard, I immediately bought her three novels with intention of reading them all stat. I failed to read any of them, but I’d really like to get Americanah under my belt by the end of the year.

Bridesmaid Revisited, Evelyn Waugh
Another of Waugh’s classic novels is hitting the small screen in the New Year, but I’d like to get this read before moving onto Decline and Fall in preparation for the TV adaptation. The novel looks at the rapidly declining world of privilege and luxury that existed in the England before the Second World War.

The Good Immigrant, ed. Nikesh Shukla
This important collection of 21 essays edited by Nikesh Shukla about being BAME in the UK at the moment has been everywhere since the summer when it was being crowdfunded for Unbound. I’m really looking forward to reading this – I think it’ll be incredibly eye-opening.

Lady Audley’s Secret, Mary Elizabeth Braddon
Mary Elizabeth Braddon’s popular Victorian scandal novel is my planned big classic for December and I’m excited but also nervous after not enjoying Frances Burney’s Evelina, but I’m definitely up for giving it a go. It’s all about anti-heroine Lady Audley who’s surrounded by mystery and hiding a secret.

What are you hoping to read before the end of the year?