The Year of The Rat, Clare Furniss 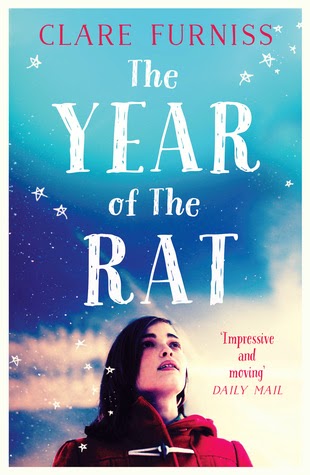 To Pearl, there’s nothing sweet about her premature half-sister, Rose. It was Rose that caused her mother’s death and Rose that turned her world upside down.

To Pearl, Rose is The Rat.

Achingly sad, yet refreshingly real, The Year of the Rat will make you laugh, cry and hold your loved ones a little tighter.

When The Year of The Rat was released earlier in the year I was a little hesitant to read it. I was worried it would hit a nerve and be too hard to read, and while it was difficult at times, it’s a beautiful novel and I’m glad I braved it.

Every word that Clare Furniss writes is filled with visceral emotion and it really packs a punch. I don’t even know how many times I cried, let alone the full-on sobbing at the end... Pearl has been broken down and destroyed by the unexpected death of her mum. I know how lost and betrayed and empty she felt and even as the people in her life believed she should be moving on and getting over it, I knew that her feelings were genuine and couldn’t be switched off.

But Pearl had something magical, something that I dream of – she had visions of her mum. Full-bodied, touch, sound and smell visions of her mum that allowed them to interact and Pearl to begin to work through everything that follows such a traumatic event. But the best thing about Pearl’s visions? Peal’s mum wasn’t portrayed through rose-tinted glasses. She was revealed in all of her flaws and imperfections and it just made her death, and Pearl’s anger and grief, even more real and poignant.

The Year of The Rat is a highly emotional and beautifully written debut. If this books is anything to go by, Clare Furniss has a wonderful writing career ahead of her.