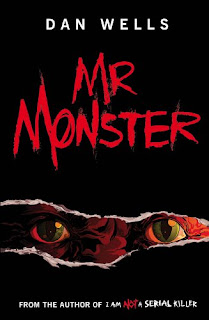 Mr Monster - Dan Wells (signed)
My name is John Cleaver. I’m sixteen. I’m a mortician. I’m a sociopath.
But I am NOT a serial killer. Yet.
It’s been almost five months since I first killed someone. Nobody knows it, but I stopped the Clayton Killer - a serial killer who tore his victims to shreds. The other thing nobody knows is that he wasn’t even human - he was a monster. Literally a monster. A demon.
Now the only monster left is me - the dark side of me I call Mr Monster. I try to keep him locked up but he’s desperate to kill again, and now people are getting suspicious, the FBI is asking questions and corpses are showing up all over and - well, something’s gotta give…
This sounds fabulously dark. I got this at the Headline Meets Online event on Wednesday when I actually got to meet Dan and get this signed. 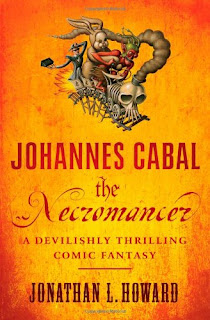 Johannes Cabal the Necromancer - Jonathan L. Howard
Johannes Cabal, a brilliant but reclusive scientist, has never pretended to be a hero. There is, after all, little heroic about robbing graves, being chased by torch-bearing mobs and selling your soul to the Devil. All routine inconveniences, however, when your buisness is raising the dead.
But now Cabal wants his soul back and he descends to Hell to retrieve it. Satan, incredibly bored and hungry for a challenge, proposes a little wager: Johannes has one year to persuade one hundred people to sign over their soul or he will lose his own forever.
With little time to lose, Cabal raises a crew from the dead and enlists his vampire brother to help out. On the road, Cabal wields weird science and black magic with the moral conscience of anthrax, but are his tricks good enough to beat the Devil at his own game?
I also got this at the Headline event. It sounds really, really weird. But brilliant.
Presents: 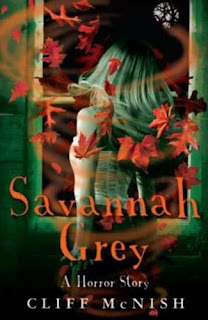 Savannah Grey - Cliff McNish (ARC)
With a secure, new home life is good for Savannah Grey. But now it seems her body has turned against her. It’s become an enemy and a weapon. New boy Reece thinks Savannah’s troubling powers are a special gift. No wonder she is attracted to him. But there’s another force luring Savannah from safety into danger…
A present from Jenny who I finally got to meet on Wednesday. Love the sound of this! 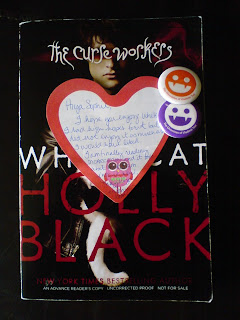 White Cat - Holly Black (ARC)
Cassel comes from a family of curse workers - people who have the power to change your emotions, your memories, your luck, by the slightest touch of their hands. And since curse work is illegal, they’re all mobsters or con artists. Except for Cassel. He’s the straight kid in a crooked family, if you ignore one small detail - he killed his best friend, Lila, three years ago.
Now Cassel is having nightmares, terrifying dreams about a white cat that seems to want to tell him something. He’s starting to notice other things, too - the strange behaviour of his two brothers, who seem caught up in a secret plot. As Cassel starts to suspect he’s part of a huge con game, he must unravel his past and his memories. To find out the truth, Cassel will have to outcon the conmen.
Thanks to the fabulous Nancy for this and some Vladimir Tod badges. I’m extremely excited to read this as I love Holly Black’s books.
Bought:
I went a little mad this week! And they’re all Tenners! 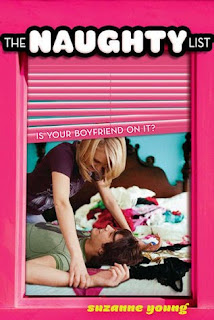 The Naughty List - Suzanne Young
Everybody knows Tessa Crimson id the perfectly perky captain of the Smitten Kittens cheer squad. What most people don’t know is that the Smitten Kittens double as spies-for-hire. Their mission? Catch cheating boyfriends in the act and bring justice to the girls of Washington High. So far, every suspect on their naughty List has been found 100% guilty!
Thank goodness Tessa’s relationship with basketball captain Aiden is strawberry-smoothie. Or so she thinks.
Inter-kitten communication
Dear Smitten Kittens,
Brace yourselves, girls, for this latest catastrophe - we received the following anonymous alert this morning:
Another name for your possible cheater roster: Aiden Wilder. Who would’ve guessed right? Hope the rumours aren’t true!
SOS
Tessa’s about to begin her biggest mission yet: Could her boyfriend be just as naughty as all the rest?
SO excited for this! 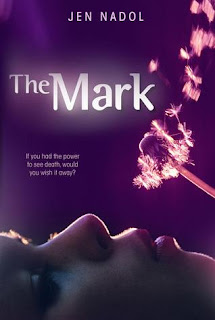 The Mark - Jen Nadol
Cassandra Renfield has always seen the mark - a glow around certain people reminiscent of candlelight. But the one time she mentioned it to someone else, the mark was dismissed as a trick of the light. Cassie starts to consider its rare occurrences insignificant - until the day she watches a man die. After searching her memories, Cassie realises she can see a person’s imminent death. Not how or where, only when: today
Armed with a vague understanding of the light, Cassie begins to explore her “gift”, seeking those marked for death and probing the line between decision and destiny. Though she’s careful to hide her secret - even from her new philosophy obsessed boyfriend - with each impending death comes the temptation to test fate. But so many questions remain. How does the mark work? Why is she the only one who sees it? And finally, the most important of all:
If you know today is someone’s last, should you tell them?
This has got really mixed review, but at only £6.89 on Amazon UK, I thought I’d give it a go! 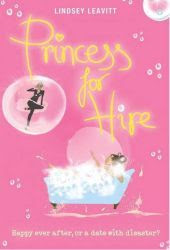 Princess for Hire - Linsey Leavitt
Wanted: teenage girl to serve as substitute princess. Must be willing to travel. Please call Meredith.
Desi’s life sucks. She has to wear a stupid, furry costume at work, the guy she likes doesn’t know she exists and her former best friend hates her.
So when she’s accepted as a substitute princess, it looks like she might finally have a chance to shine…And there’s a hot prince to meet!
But is Desi really up to the royal challenge? After all, the life of a princess isn’t just tiaras and glass slippers…
What girl doesn't secretly want to be a princess? I do! 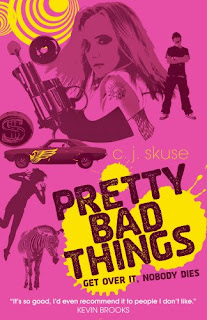 Pretty Bad Things - CJ Skuse
Twins in candy-store crime spree…
I know what you’re thinking. Tearaway teens. Yadda yadda. Maybe you’re right. But we’re all out of choices.
Last time we made headlines, Beau and I were six-year-old ‘wonder twins’. Little kids found alive in woods after three days missing, looking for our dad.
We’ve just hit sixteen and life’s not so wonderful. In fact, it sucks out loud. Still no Dad. Still lost. Still looking.
But now we’ve got a clue where Dad could be. Everything’s changed. it’s a long shot but we’ve nothing to lose. In the words of Homer Simpson, seize the donut.
This sounds so different and Lauren gave it a great review. 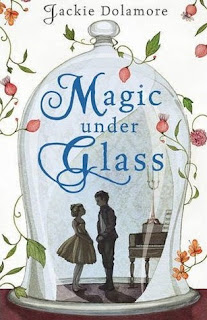 Magic Under Glass - Jaclyn Dolamore
Nimira’s life takes an unexpected turn when she’s hired by the mysterious Mr Hollin Parry to accompany an exquisite piano-playing automaton. But Nimira’s happiness with her new lifestyle is short-lived. She soon discovers that the spirit of a handsome young fairy gentlemen is trapped inside the machine’s stiff limbs. As they gradually fall in love, they become enmeshed in a plot to save the fairy realm from a ruthless gang of sorcerers - a battle that risks their very lives.
This delightful novel, which combines a fabulous blend of fantasy, intrigue and magic with a healthy dash of romance, marks the debut of an exciting new writer.
I love the cover of this book. And fairy gentlemen…
Sophie
Posted by So Many Books, So Little Time at 08:00
Email ThisBlogThis!Share to TwitterShare to FacebookShare to Pinterest