Welcome to a new feature here at So Many Books, So Little Time. Every Friday I will be featuring an author and asking them a few questions. My fist featured author is Ying Lee. 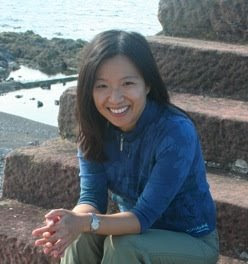 Y.S. Lee’s debut novel The Agency: A Spy in the House was released this April by Walker Books and will be released in the US in September.
1. Can you tell us a bit about A Spy in the House?
A Spy in the House is the first novel in the Agency series, a trilogy set in Victorian London. Its heroine is Mary Quinn, a smart, feisty 17-year-old with a criminal past and an uncertain future. Mary is rescued from the gallows, trained as an undercover agent, and sent on her first assignment, into the house of a rich merchant suspected of smuggling. The world of The Agency, a secret all-female intelligence force, is dark and dangerous - far from the "tea and scones" stereotype of historical fiction.
2. Is there a specific time or place that you do your best writing in?
I’m one of those coffee-shop people, tapping away at a laptop with a mug of black coffee slowly going cold beside me. And I have to finish my day’s work by about 8 or 9 pm, to let my brain spin down before going to bed – the images are so vivid, and I have so many ideas shooting off in strange directions, that I can’t sleep if I work late.
3. Who were your favourite authors as a teenager? Are they different to your current favourites?
As a teenager, I was very suspicious of YA fiction. The examples I read were weirdly didactic and very emotionally self-absorbed, and I didn’t believe in the characters at all. (I should probably have asked around; I’m sure there was a wonderful librarian who knew all about the genre and could have guided me, but I didn’t. Sigh.) So I read classics (JANE EYRE, WUTHERING HEIGHTS, most of Jane Austen) and wrote terrible poetry that was just as self-absorbed as the YA novels I disliked.My current favourites are often still classics – my all-time favourite novel, which I re-read every couple of years, is MIDDLEMARCH (by George Eliot). I find something new every time I read it. And I love contemporary British fiction: Zadie Smith, Jane Gardam, Beryl Bainbridge. Philip Hensher’s THE NORTHERN CLEMENCY recently delighted and awed me.
4. If you were only allowed to take three books to a desert island, what would they be?
1. MIDDLEMARCH, of course.2. Is it cheating to say the complete works of Shakespeare? It could, technically, be one volume.3. And something I’ve always planned to tackle, since I’d have lots of time on a desert island: Proust’s A LA RECHERCHE DU TEMPS PERDU. Yes, that’s made me sound like a terrible and pretentious stereotype, but it’s really what I’d choose.
5. What did you do in the way of research for A Spy in the H 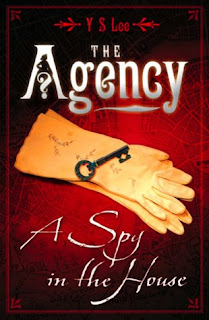 ouse?
Much of the research happened well before I even thought of writing a novel. I spent years reading Victorian novels and researching nineteenth-century culture (my PhD subject), so when I decided to write fiction, I was already immersed in the period. But there was lots of concrete research to do. I read articles and books (academic, non-academic, contemporary, Victorian), went to museums and art galleries, studied maps, and walked obsessively around London. I love research, so all this was really fun.
6. Why did you choose Victorian London as your setting?
I loved the challenge of re-imagining a city that still exists, but has also been partly torn down and paved over. And I was interested in the Victorian London you don’t often read about: the grimy, unattractive, badly ventilated, way-too-densely populated, poverty-stricken aspects of urban life. As may be obvious to someone who’s read SPY, I find slick glamour a bit dull.
7. I loved that the agency was ran secretly from the inside of a girls school. Where did you get the idea from?
Thank you! I have no idea where the idea came from – just the crevices of my insomniac brain, I guess.
8. Can you tell us anything about the next in the Agency trilogy, The Body at the Tower?
I’d love to. In The Body at the Tower (to be published in April 2010), Mary goes to work on a construction site to investigate a possible murder. She’s disguised as a 12-year-old boy – something she finds deeply uncomfortable, since as a homeless child she dressed as a boy to avoid rape. She’s not really ready to confront her past like this. And to make things worse, all the workers are suspicious of her. It’s hard for her to imagine how she’ll ever discover anything – especially with James Easton back from India and on the scene…
Thank you very much, Ying! You can visit Ying at her website here and read my review of The Spy in the House here.
Sophie
Posted by So Many Books, So Little Time at 10:42
Email ThisBlogThis!Share to TwitterShare to FacebookShare to Pinterest