Lucas - Kevin Brooks
Caitlin's life changes from the moment she sees Lucas walking across the causeway one hot summer's day. He is the strangest, most beautiful boy she has ever seen - and when she meets him, her world comes alive. But to others, he quickly becomes an object of jealousy, prejudice and hatred. Caitlin tries to make sense of the injustice that lurks at every unexpected twist and turn, until she realises that she must do what she knows in her heart in right.
I read this a couple of summers ago and loved it; it made me cry, so I thought it was about time I got my own copy. 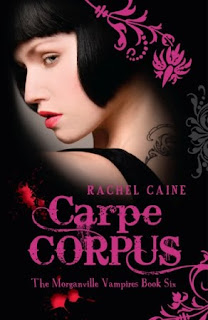 Carpe Corpus: The Morganville Vampires - Rachel Caine
In the small town of Morganville, vampires and humans lived in (relative) peace - until all the rules got rewritten when the evil vampire Bishop arrived, looking for the lost book of vampire secrets. He’s kept a death grip on the town ever since. Now an underground resistance is brewing, and in order to contain it, Bishop must go to even greater lengths.
He vows to obliterate the town and all its inhabitants - the living and the undead. Claire Danvers and her friends are the only ones who stand in his way. But even if they defeat Bishop, will the vampires ever be content to go back to the old rules, after having such a taste of power?

This is why I love pre-ordering. This isn’t meant to be out until the middle of next month, and I got it Wednesday and finished it yesterday! So good!

The Secret to Teen Power - Paul Harrington
So what’s the big secret?
And what can it do for you?
Well, if you ever had a dream, a secret ambition, a passionate desire or goal, but had no idea how to make it real, then The Secret to Teen Power is for you. The Secret has already shown millions of people all over the world how to change their lives and make their dreams come true. And you can do it too.
The Secret gives you the power to have, do, or be anything you choose. We’re talking wealth, success, great relationships, better health and self-esteem…anything your heart desires. It’s all totally achievable.
And all you need to do is discover this Secret.
This was a complete surprise. I’m not a big fan of non-fiction and self-help books, so I don’t know if I’ll read it.

Leviathan - Scott Westerfeld
Two opposing forces on the brink of war.
The Clankers - who put their faith in machinery - and the Darwinists - who have begun evolving living creatures into tools.
Prince Aleksander, the would-be heir to the Austro-Hungarian throne, comes from a family of Clankers, and travels the country in a walker, a heavily-fortified tank on legs.
Deryn Sharp, a girl disguised as a boy, works for the British Empire, crewing an airship made of living animals, the ultimate flying machine.
Now, as Alek runs from his own people, and Deryn crash-lands in enemy territory, their lives are about to collide…
The fabulous S&S sent me a beautiful, finished hardcover and, I admit, I squealed a little when I opened the package. This is going to be good… 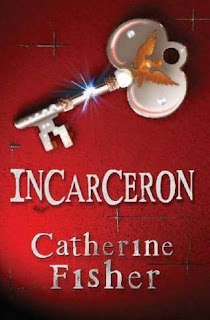 Incarceron - Catherine Fisher
Imagine a prison so vast that it contains cells and corridors, forests, cities and seas. Imagine a prisoner with no memory, sure he came from Outside - though the prison has been sealed for centuries and only one man has ever escaped.
Imagine a girl in a manor house, in a society where time in forbidden, held in a 17th-century world run by computers, doomed to an arranged marriage, tangled in an assassination plots she dreads and desires.
One inside, one outside.
But both imprisoned.
Imagine Incarceron.
Thanks so much to Hayley from Pollinger for sending me this. It sounds amazing.
I also received another copy of Glass Houses by Rachel Caine (my review) from the publisher as I won a contest that I don’t remember entering, so look out for a contest soon! My sister also gave me her UK copy of Being Nikki by Meg Cabot (my review) as she bought the US hardcover.
Sophie
Posted by So Many Books, So Little Time at 08:30
Email ThisBlogThis!Share to TwitterShare to FacebookShare to Pinterest