This meme was started by the fabulous Kristi who was inspired by Alea. If you want more information check out their blogs. All summaries are from the book jackets.
Bought: 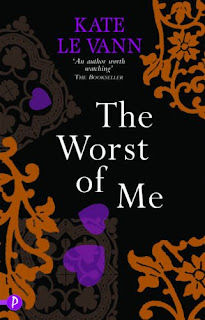 The Worst of Me - Kate le Vann
Cassidy has been feeling unsettled and adrift, but things look up when she meets an older boy called Jonah. She loves spending time with him and his friends, flattered to be included in their discussions. Jonah is sweet and sensitive and she’s never felt so happy.
But then Cassidy hears disturbing news about Jonah which shakes her trust in him and makes her question her own judgement. If you love someone, how far should you go to overlook their faults?
A sharply insightful story about the sometimes painful process of growing up and thinking for yourself.
I love Kate le Vann’s books. They’re always very sweet and very sad. 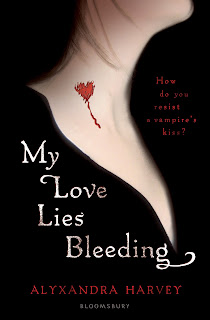 My Love Lies Bleeding - Alyxandra Harvey
“They’re close,” she murmered. “Watching.”
“Run?” I suggested. “Like right now?”
She shook her head.
“If we act like prey, they’ll act like predators.”
Solange has always known she is a vampire. And as theonly female vampire ever born, not initiated, she is surrounded by danger on all sides - from other vampire tribes who want to take her blood into their lineage, and from the bounty hunters who are set on destroying her and her family.
When she is kidnapped, it’s up to her older brother, Nicholas, and best friend, Lucy, to save her.
But can Lucy save herself from Nicholas, who tempts her with every look - what will be her own fate if she surrenders her heart to a vampire?
I’m really looking forward to read this. And it’ll go towards my debut reading challenge. 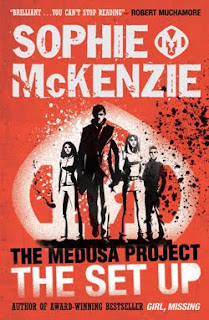 The Medusa Project: The Set-Up - Sophie McKenzie
Fourteen years ago, scientist William Fox implanted four babies with the Medusa gene - a gene for psychic abilities. But Fox died and the babies were hidden away for years.
Now they’re teenagers - and unaware that their psychic powers are about to kick in.
Cocky, charismatic Nico thinks his emerging telekinetic abilities will bring him money, power and the girl of his dreams. He’s about to find out just how wrong he is…
This sounds like an episode of Fringe, which I love, so I’m really looking forward to this. 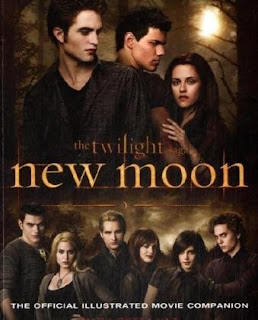 New Moon: The Official Illustrated Movie Companion - Mark Cotta Vaz
Academy Award-nominated director Chris Weitz and his creative team have brought the second book in Stephenie Meyer’s riveting vampire romance saga to the big screen. Inside this deluxe visual companion, get an intimate look at the creation of the film.
With lavish, never-before-seen full-colour photographs, exclusive interviews with the cast and crew, and answers to questions about costume and set design, bestselling author Mark Cotta Vaz gives a special behind-the-scenes tour of the film millions have devoured. Inside you’ll get a glimpse into the director’s aesthetic inspiration, learn the secrets behind some the film’s most intense stunts, and learn just how a person can become a werewolf.
I actually got this for Christmas too but forgot to include it in last week’s IMM.
Sophie
Posted by So Many Books, So Little Time at 08:00
Email ThisBlogThis!Share to TwitterShare to FacebookShare to Pinterest