Christmas is different for me now.

It’s smaller and quieter and bring an impossible sadness with it now my mum’s not around - it’s just me and my sister (and the cat) in the house now. This will be the third Christmas without her and we’re slowly refining our own Christmas traditions and finally having enough surety to not be swayed by the duty my dad now feels to have us with him for Christmas.

We’ve carried on a lot of mum’s Christmas traditions, but we’ve also introduced a few of our own. 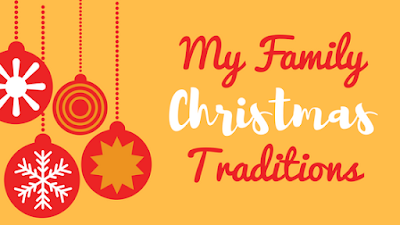 Seeing a pantomime on Christmas Eve is something my mum took us to every single year and a tradition we’ve loved keeping up ourselves. Sadly, we’re not going this year as my sister is a pastry chef and she’s not allowed to book time off, but Christmas Eve would usually be spent booing and cheering and singing and cringing.

As kids, we were never allowed to open our presents until after we were bathed and dressed. The logic behind this was sound and reasonable, but it’s a tradition we left behind and now we open our presents like everyone else – in our pyjamas and dressing gown!

We never had stockings as kids, we had Santa sacks instead, but since I became the one giving my sister most of her presents I wanted to find a way to make it seem like more. We decided we'd get each other a stocking worth of silly, funny presents that only adds up to £10 every year. We’ve had princess chapsticks, a slinky, bubbles, glow sticks and tiaras – it’s a lot of fun to start the day.

We watch all three Santa Clause films in the run up to Christmas. They’re fun, sweet and funny – they really put us in the Christmas mood and officially start the countdown for us. Though with my sister’s awkward chef hours this year, I have no idea how we’ll fit them all in!

What are your Christmas traditions?