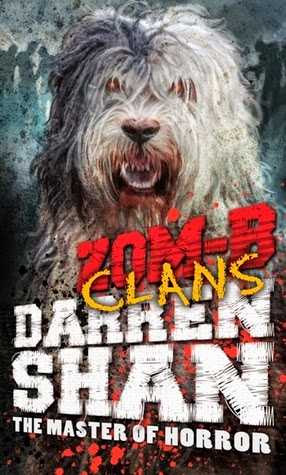 With each instalment of this series I wonder how Darren Shan can possibly through in any more shocks, twists and turns, but he did it again in Zom-B Clans.

In the eight book in the Zom-B series some serious revelations were thrown into the mix, about Owl Man, Dr Oystein and the real threat behind the psychotic Mr Dowling. We learned more about the Doctor’s past, his experiments that lead to creating the virus and his involvement with both Dowling and Owl Man, as well as Owly’s true identity. It was a smack in the face of a plot twist that changes the whole game for B and the Angels.

Book seven, Zom-B Mission, ended with New Kirkham, a civilian settlement in the country, being invaded by Mr Dowling and the Klu Klux Klan. Zom-B Clans poses a really interesting question: if you stand by and watch the bad guys be bad, does that make you as punishable as them? I love how this series continually makes me think about things that had never previously occurred to me, but they’re presented in a way that isn’t preachy or heavy-handed. It’s a provocation to consider something from a different angle.

I love this series and I officially declare Zom-B Clans to have the most evil cliffhanger of the series so far. I’m so glad the books in this series come out in such quick succession.