BLAST FROM THE PAST: Anne of Green Gables 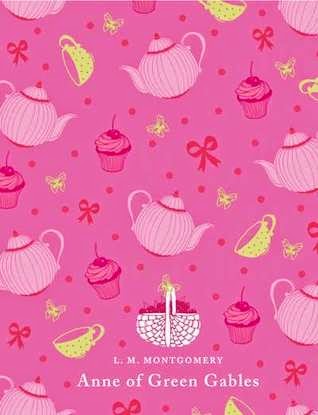 My edition: very cheap Kindle edition, but soon to be the gorgeous Puffin Clothbound edition above

What’s it about?
Spunky redhead Anne Shirley is adopted by the elderly Cuthberts who own a farm in Avonlea. When she learns that they meant to adopt a boy, Anne sets to win over their hearts.

Why now?
Sometime a month or so ago, the lovely Jim of YA Yeah Yeah started reading it on recommendation from Stacey of The Pretty Books and posted a continuous stream of quotes on Twitter. I fell in love with them and here I am!

Anne of Green Gables is a novel so thoroughly loved by people young and adult that I was a little intimidated to dive in. Those who read it in childhood talk about it fondly in adulthood, and those who discovered it later wish they had fell in love with it when they were younger. I was terrified that I wouldn’t love it the way I should; that I was old for it. And Gilbert Blythe is a legendary childhood crush and I was scared I had missed out on him. Thankfully, all was well.

Anne Shirley is a strong character and once she lodges herself in your heart, there’s nothing you can do. This is something that Matthew and Marilla Cuthbert discovered very swiftly after the mistake that brought Anne to Green gables rather than a boy to help on the land. My first thought on Anne: ‘God, will she ever stop talking?!’. The answer: not for a good long while. But I loved her rambles, because they had childlike awe and wonder coupled with intelligence and emotion. Her imagination and capacity for stories is mind-blowing and I loved seeing Marilla become accidentally caught up in them. She often seemed to say the things aloud that Marilla had thought but kept buried for years. I actually ended up noticing that most of the novel is based around Anne recounting her day and her adventures and her stories to Marilla and it made me feel all warm and fuzzy inside.

Marilla and Matthew were the best things that could happen to Anne, and her to them. Watching them warm and open up and fall in love with Anne, even with her tendency towards disaster, was so sweet. It is especially poignant after Anne’s tells her story early on in the novel: passed around, neglected, and never given a stable, loving home, her need to live off of her imagination becomes so clear. But it was the fact that she retained her positivity and the sense of wonder that she looks at the world with that made my throat close up a little – I don’t think I would have leaned that way in her situation. LM Montgomery’s writing embodies Anne’s character – bubbly, vibrant and so alive – even though the story is written in third person. It’s a joy to read and get lost in Green Gables.

My only slight disappointed was Gilbert Blythe. I’ve heard of the legend of this boy, and while he was brilliantly funny and I loved the teasing friendships he had with the girls in Anne’s class, I wasn’t expecting their relationship to be the way it was. He was on the periphery for most of the novel, being used as the push for Anne’s ambition to be top of the class. The fierce rivalry between them was brilliant and I loved that Anne’s changing perspective on Gilbert held so much prospective for that on in their stories. So thinking about, I really wasn’t that disappointed, just surprised. I hope I eventually get to read the rest of the series and find out just how Anne and Gilbert’s friendship progresses.

Anne of Green Gables is charming, warm-hearted and so much fun. I’m so glad I read it, and even more so that I read it now. I can’t wait to read this to my children.

Still not convinced?
- Have you seen that edition? It screams ‘READ ME’.
- There’s a reason it’s so fondly remembered from childhood to adulthood.
- You really need to meet Anne Shirley, or revisit her.