Today I’d like to welcome Rachel Ward, author of the Numbers series, The Drowning and her brand new novel, Water Born, back to the blog! To celebrate the release of Water Born and lots of other fantastic novels releasing on August 7th, Rachel has written me a really interesting post on the pull of jumping a generation when she writes sequels. Read on! 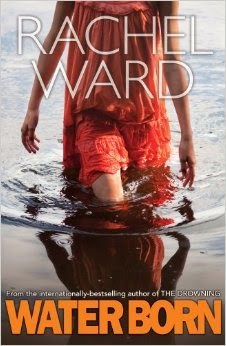 I like to write sequels that jump a generation. Two of my sequels have fifteen or sixteen years between them and their predecessors - Numbers and The Chaos, and now The Drowning and Water Born.

With The Chaos I wanted to write about someone with a different personality to Jem having the same gift. Numbers is a fatalistic book, and for the sequel I wanted to show someone kicking against the numbers, trying to change them. Jem passing her gift to the next generation also gave a satisfying twist to the very end of the book.

I originally envisaged The Drowning as a stand-alone book. However, halfway through writing it, I had a strong idea for a companion book. The Drowning is a dark, rainy, autumnal book for the most part. I had a vision of a long, hot summer sort of book, a summer in which water is in short supply. Then I realised I wanted to know what happened to Carl and Neisha. Carl had a very tough start in life – what happens to a boy like that when he ‘grows up’? What kind of man is he? What kind of dad? Neisha had a strict but supportive upbringing, but suffered when her mum died and felt alienated in the town that she moved to with her dad. What sort of mum would she be? 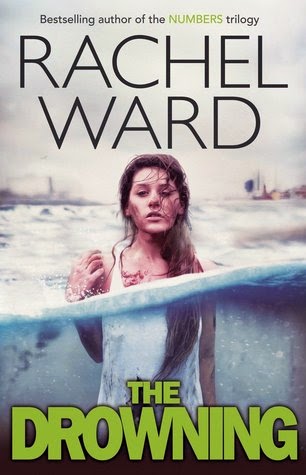 I suppose my fascination in examining how people turn out may be related to my age. It’s less than a month to my 50th birthday. If I was a character in one of my books, I would have appeared in three novels by now and the reader would have seen dramatic changes in my life. Sixteen-year-old me was terribly shy, withdrawn, depressed. I didn’t know what I wanted to do with my life. I listened to the radio a lot and sat on the bed in my tiny bedroom (I was the youngest of three so I got the ‘box room’) for hour after hour, waiting for my life to start. When you open the sequel you’ll find a very different person – a 32-year-old working mum, on maternity leave from a sensible part-time job in local government, with a scientist husband, a 4-year-old daughter and a new baby boy. At this point, my children take up all my time. I don’t remember doing anything else except looking after them. Did I do anything else? It’s lost in the mists of time. Sixteen years later, the third book in my trilogy finds me at 48 – a published writer, using a sabbatical year from my job to try out writing full time. My husband is seriously ill. My children are 20 and 16, the older one now sporting pink hair, decorative artwork on her skin and ironmongery in her face, the younger one a lot taller than me, growing every day and an exceptional gamer. (I wonder where/who they will be in sixteen years time.)

Looking back, I could not possibly have predicted the story of my life. It’s been a million times better than I could have hoped for, but there have also been tough times which I wouldn’t have written into my script if I’d had the choice. There are some decisions which affect the course your life will take. Sometimes you have to take what life flings at you. But in my books, I get a chance to mould my characters’ lives and I don’t have to do it in real time. I turn the page, jump ahead and imagine their futures.

I enjoyed revisiting Carl and Neisha (and Carl’s mum, Kerry) in Water Born. And I enjoyed writing about their daughter, Nic. She’s a determined, competitive girl, a little different from anyone I’ve written about before. I wonder how she’ll end up…

Thank you so much, Rachel!

Be sure to grab a copy of Water Born on August 7th and enjoy the rest of the ‘Countdown to August 7th’ blog tour!