Originally serialised in Pearson’s Weekly in 1897 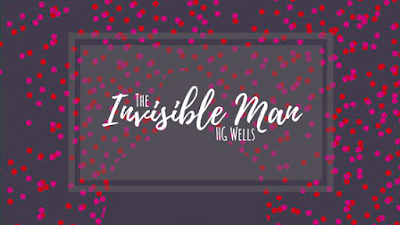 WHEN I Discovered This Classic
I had read and studied The Time Machine and The Island of Doctor Moreau at school, but I didn’t really didn’t know about any more until I stumbled across the four HG Wells’ books in the Penguin English Library series and the sheer volume of his other novels in other editions.

WHY I Chose to Read It
Though I don’t remember much about The Time Machine other than the Morlocks, I grew to love Doctor Moreau while studying it at A-level and I’ve wanted to read more of Wells’ books since. After finishing War and Peace I wanted a quick and easy classic to get my back in my groove, The Invisible Man seemed to fit the bill!

WHAT I Thought of This Classic
Honestly? Not a lot, really.

I had pretty high expectations for The Invisible Man but I was actually pretty disappointed. The story of a scientist turning himself invisible and then turning to violence, theft and murder on his mission to find the cure and keep his condition from becoming public knowledge was strangely boring.

Told in third person, I felt a weird distance from Griffin (I just had to look up his name which speaks volumes really…) and for a long time I didn’t really understand what he was doing and why. I’m all for unlikeable characters, but Griffin is an awful person and I really struggled to care about anything that he did or that happened to him, especially as he turned increasingly to violence. I ended up reading The Invisible Man purely to finish it, and I only did that because it’s short.

One of the books I'm currently reading! ••• I haven't read HG Wells since school so it's really about time I picked up another. I studied The Time Machine and The Island of Doctor Moreau (which I grew to really love). ••• Do you like classic sci-fi? Do you have a favourite?
A post shared by Sophie (@solittletimeforbooks) on May 30, 2017 at 5:39am PDT

Something I really do like about HG Wells’ novels is that his science fiction really is scientific fiction. It’s fun and interesting and I loved the bit where Griffin explained what he did to make himself invisible. It was as smart and fascinating as I’ve come to expect, but I just found the rest of the story lacking.

I will give HG Wells another shot though - I’d really like to finally read The War of the Worlds.

WILL It Stay a Classic
Hmm, I’m not sure. It’s not the most popular of HG Wells’ novels, but it’s not the least popular either.