Mini Reviews: Goodbye Days, Caraval & The One We Fell in Love With 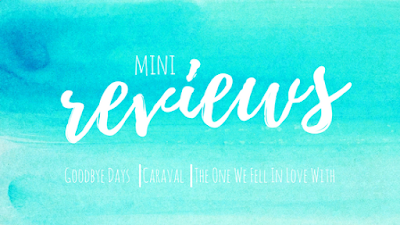 I rated Goodbye Days 4 stars, Caraval 3 stars and The One We Fell in Love With by one of my very favourite authors got 4.5 stars each. 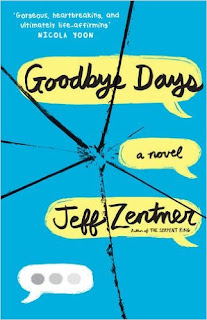 
Synopsis
Can a text message destroy your life?


Carver Briggs never thought a simple text would cause a fatal crash, killing his three best friends, Mars, Eli, and Blake. Now Carver can’t stop blaming himself for the accident and even worse, there could be a criminal investigation into the deaths.


Then Blake’s grandmother asks Carver to remember her grandson with a ‘goodbye day’ together. Carver has his misgivings, but he starts to help the families of his lost friends grieve with their own memorial days, along with Eli’s bereaved girlfriend Jesmyn. But not everyone is willing to forgive. Carver’s own despair and guilt threatens to pull him under into panic and anxiety as he faces punishment for his terrible mistake. Can the goodbye days really help?


Mini-Review
This book made me sob. Multiple times. It was so brutally emotional that I honestly can’t even decide if I enjoyed it or not.


Jeff Zentner’s writing is beautiful and every feeling that Carver felt came across vividly and with such skill that I felt it all. His descriptions of the sultry Nashville summer, the humour in Carver’s recollections of time with his friends, the acute agony of his grief and the stress of Carver’s situation made it a book impossible to put down.


Jeff Zentner is a wonderful writer and I’ll definitely be reading The Serpent King when my heart is fully healed from Goodbye Days. 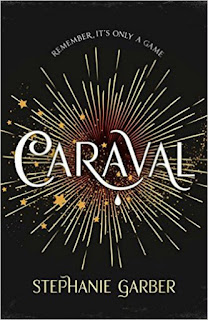 
Synopsis
WELCOME TO CARAVAL, WHERE NOTHING IS QUITE WHAT IT SEEMS.


Scarlett has never left the tiny isle of Trisda, pining from afar for the wonder of Caraval, a once-a-year week-long performance where the audience participates in the show.
Caraval is Magic. Mystery. Adventure. And for Scarlett and her beloved sister Tella it represents freedom and an escape from their ruthless, abusive father.


When the sisters' long-awaited invitations to Caraval finally arrive, it seems their dreams have come true. But no sooner have they arrived than Tella vanishes, kidnapped by the show's mastermind organiser, Legend.


Scarlett has been told that everything that happens during Caraval is only an elaborate performance. But nonetheless she quickly becomes enmeshed in a dangerous game of love, magic and heartbreak. And real or not, she must find Tella before the game is over, and her sister disappears forever.


Mini-Review
This fantasy debut was being praised long, long before the first proofs landed in the UK so by the time that I came to read it, they hype was real. And I think it was too much.


The world of Caraval is enchanting. An exclusive, magical carnival with a dangerous and enigmatic Master; clashing sisters; tricks and lies and betrayal - it should have been everything I could have wanted in a fantasy. And I did love the world that Stephanie Garber created, but it wasn’t enough. I felt nothing for the characters, even getting annoyed at them a fair amount. I guess I just expected more.


The world was fascinating and Stephanie Garber’s writing lovely, but I was generally pretty disappointed with Caraval. It felt like nothing special. 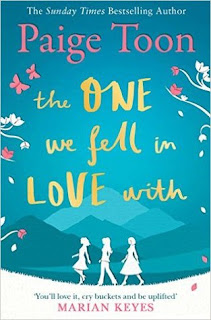 
Phoebe is caught between a rock and a hard place. Settle down and get married, or return to the French Alps to pursue her passion?
Eliza is in love with someone who is no longer hers. In fact, he probably never was… And her dream of becoming a successful musician seems to be vanishing before her eyes.


Rose is out of a job and out of a boyfriend. To make matters worse, she’s been forced to move back in with her mother…
But these very different girls have one thing in common. Angus. The one they fell in love with…


Mini-Review
I adore Paige Toon and her books so I’m still at a loss as to why it took me a year to read her last adult novel. But at least I got a burst of Paige Toon happiness right in the middle of a reading slump of epic proportions.


It was a little strange at first, getting used to all three girls and their narration as well as two different timelines, but once I settled into their voices, I was captivated. Paige Toon has a way of weaving the lives of characters so real, so layered, so involving that’s impossible not to be sucked into her books and the lives of her characters. As ever, The One We Fell in Love With deals a hefty dose of emotion, troubled love and wonderful settings. Perfection.


Luckily, Paige Toon’s next book is being released this month and this time I’m ready - no dallying for a year this time!