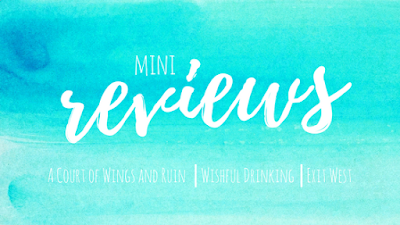 I rated A Court of Wings and Ruin 4.5 stars, Wishful Drinking 4 stars and Exit West got 4.5  stars. 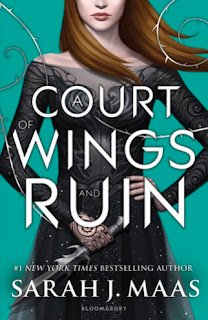 
Synopsis
Feyre has returned to the Spring Court, determined to gather information on Tamlin's manoeuvrings and the invading king threatening to bring Prythian to its knees. But to do so she must play a deadly game of deceit - and one slip may spell doom not only for Feyre, but for her world as well.


As war bears down upon them all, Feyre must decide who to trust amongst the dazzling and lethal High Lords - and hunt for allies in unexpected places.


In this thrilling third book in the #1 New York Times bestselling series from Sarah J. Maas, the earth will be painted red as mighty armies grapple for power over the one thing that could destroy them all.


Mini-review
I’m a huge fan of this trilogy and for the most part, ACOWAR was a perfect ending, but some really problematic elements about the novel have been brought to my attention and I can’t ignore them.


I HATE how SJM's issues with bad rep have made my friends and other readers feel. For an author with so much clout, it's really, really not on. I feel like she tried a little more to be inclusive in this book, but she missed the mark.


Putting that aside, I’m a die hard Feysand shipper and I adored them even more, I fell even more in love with Azriel, Mor, Amren and Cassian and the wonder of Velaris. It was a finale full of emotion, action and I could easily have read far past the already chunky 720 pages. 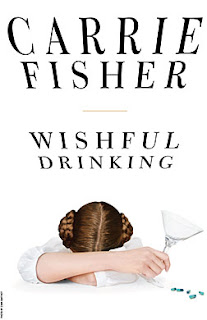 
Synopsis
In Wishful Drinking, Carrie Fisher tells the true and intoxicating story of her life with inimitable wit. Born to celebrity parents, she was picked to play a princess in a little movie called Star Wars when only 19 years old. "But it isn't all sweetness and light sabres." Alas, aside from a demanding career and her role as a single mother (not to mention the hyperspace hairdo), Carrie also spends her free time battling addiction and weathering the wild ride of manic depression. It's an incredible tale - from having Elizabeth Taylor as a stepmother, to marrying (and divorcing) Paul Simon, and from having the father of her daughter leave her for a man, to ultimately waking up one morning and finding a friend dead beside her in bed.


Mini-review
A blisteringly funny, wise and honest journey through Carrie's life and the battles with addiction and mental illness that she's faced along the way.
I’m about the make a confession: I’ve never seen Star Wars. Any of them. At all. And yet I thoroughly enjoyed this nonetheless. Carrie and her family lived a fascinating life and her writing is so warm and witty that I couldn’t help but love her for that, even if I’d never know her as Princess Leia.
And the audiobook, narrated by Carrie, is completely wonderful. I listened to the whole thing in only two sittings and I’m really looking forward to reading more of Carrie’s work, even though I do get a lump in my throat when I think of her loss. 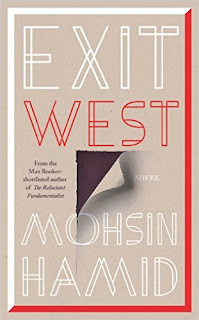 
Synopsis
An extraordinary story of love and hope, travelling from the Middle East to London and beyond, from the bestselling, Man Booker-shortlisted author of The Reluctant Fundamentalist.


Nadia and Saeed are two ordinary young people, attempting to do an extraordinary thing - to fall in love - in a world turned upside down. Theirs will be a love story but also a story about how we live now and how we might live tomorrow, of a world in crisis and two human beings travelling through it.


Civil war has come to the city which Nadia and Saeed call home. Before long they will need to leave their motherland behind - when the streets are no longer useable and the unknown is safer than the known. They will join the great outpouring of people fleeing a collapsing city, hoping against hope, looking for their place in the world . . .


Mini-review
Exit West is a book that I kept seeing all over Instagram and booktube and the stories of beautiful writing and importance of the story completely captured me. I had to read it. And I’m so very glad I did.


I grabbed it on audiobook and devoured it in one go during a day of chores. I loved it. This novel is the perfect example of magical realism telling you about the real world more powerfully than a piece of realistic fiction. The doors that join cities in Exit West, the growing of Black London and the local reaction to immigrants fleeing to safety across the world. Take out those doors and the reactions that are left behind are real, the horror immigrants are fleeing is real.


It’s a breath-taking book and an essential one. Don’t miss it.