Blast From the Past: Wuthering Heights 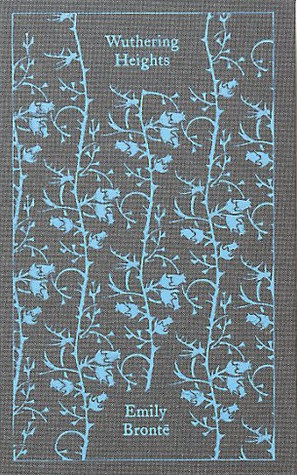 My edition: one of my gorgeous Penguin Clothbound Classics hardbacks. I will have them all!

What’s it about?
In a house haunted by memories, the past is everywhere…

As darkness falls, a man caught in a snowstorm is forced to shelter at the strange, grim house Wuthering Heights. It is a place he will never forget. There he will come to learn the story of Cathy: how she was forced to choose between her well-meaning husband and the dangerous man she had loved since she was young. How her choice led to betrayal and terrible revenge – and continues to torment those in the present. How love can transgress authority, convention, even death.

Why now?
It’s about bloody time pretty much sums it up! And I was umming and ahhing over my choice for Apri on Twitter and several lovely people loudly (and repeatedly) shouted Wuthering Heights. Ta da!

The verdict:
With most classic novels, particularly the 19th Century ones, you have a rough knowledge of the plot and the relationships between the characters – you go in with certain expectations and they’re usually met. Wuthering Heights threw me for a loop.

The legendary love story of Cathy and Heathcliff is what I was expecting from Emily Brontë’s masterpiece; a tale of love and hatred and cruelty, and I did get that, but their relationship was only the beginning. The story isn’t even told by either the hero or heroine, but by Nelly, the housekeeper who watched their story from the very beginning, who is telling the tale of the inhabitants of Wuthering Heights and the Grange to the visiting resident, Mr Lockwood. Moreover, it’s set twenty years after Cathy’s death. Now that was something I wasn’t expecting.

I have to admit that I didn’t really buy this as a love story until the last few chapters of the novel. I found it difficult to see the love between Cathy and Heathcliff when the interactions between them and the way they treated each other throughout their lives was so full of venom, jealousy and vindictiveness. Though they were childhood companions, there was still a divide between them and I didn’t get the sense that they even liked each other until Heathcliff’s return. And even then it still felt more Romantic than romantic.

As the story evolved I came to realise that Wuthering Heights isn’t the story of Cathy and Heathcliff’s love at all, it’s the story of Heathcliff and how his love for Cathy shaped his entire life and the people around him. The story soon jumps forward to the teenage years of the child of Heathcliff and Isabella, Linton, and Cathy and Edgar’s daughter, Cathy. There is such a horrible sense of history repeating itself with these two, enforced by Heathcliff’s actions against the pair. It’s a twisted and doomed fate and it was fascinating to see it unfold.

I had been told that there is only one redeemable character in this novel but I didn’t quite believe it until I was reading it. There’s a continuous discussion about whether characters have to be likable or not for you to connect with a novel or enjoy it and Wuthering Heights emphatically shouts ‘No!’ from deep in the Yorkshire moors. These characters are often monstrous, to themselves and those they love, and yet I still wanted relationships to form and interactions to occur. And I ended up being suckered by Heathcliff’s maddened declarations of passion and love for Cathy, the endurance of those feelings, the potency of them – often disturbing, but still rather swoonworthy. Against my better judgement…

Wuthering Heights is brimming with love, hatred, jealousy, revenge and betrayal and I thoroughly enjoyed it. It was so much more than I imagined it could be and I now understand why it’s seen as one of the masterpieces of the 19th Century. I’m so glad I finally read it.

Still not convinced?
- Can it be a love story when the characters are so repeatedly vile to each other? You decide?
- The setting of the Yorkshire Moors is a character all in itself.
- Think Wuthering Heights is jut Cathy and Heathcliff falling in love? Wrong.