On Saturday 14th August, I went up to London to meet John Green at the Piccadilly Waterstone’s. I realise this was ages ago, but I was just too lazy to write up the post! 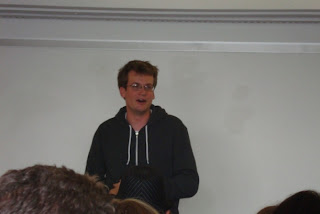 There were so many people there! I don’t think I’ve ever seen a Waterstones so busy. There were about 150 people in the room and scores of people waiting downstairs who didn’t have a ticket. 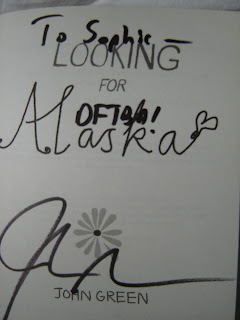 John talked about how you can never know how it feels to be someone else and when you finally realise that other people are human beings, too. But he said it with clever, funny anecdotes that put us all more in awe of him than we were before. 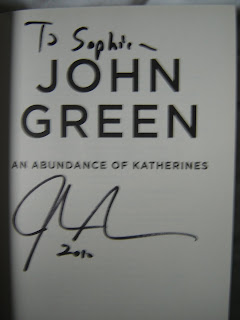 We then went into a different room to get our books signed. I was shaking I was so nervous, but luckily John was just as nervous. He told me “It’s the table” in between us that induces the nervousness! 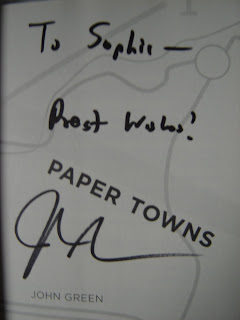 After the signing, all of the bloggers that had been in the signing; Jenny (Wondrous Reads), Carla (The Crooked Shelf), Liz (My Favourite Books), Caroline (Portrait of a Woman), Becky (The Bookette), Ana (The Book Smugglers) and two 2011 debut authors, Kaz Mahoney and Cat Clarke went for dinner at Tiger, Tiger and chatted endlessly about books. We then mooched on over to Foyles to drool over the beautiful books. 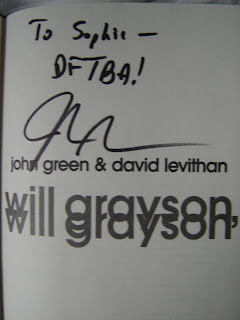 It was a brilliant afternoon and I always go home with a renewed love of books, authors and blogging after these events.