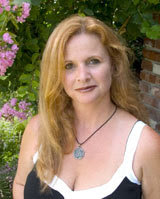 PC Cast is the hugely successful author of the Goddess Summoning series, the Divine series, the Parthalon series and her YA series, House of Night, which is co-written with her daughter Kristin. Her latest novel, The Avenger, is published by Mills and Boone's new imprint, Nocturne.

1. What character in The Avenger did you enjoy writing the most and why?
I loved bringing Boudicca alive again because I’m intrigued by that time in history, especially regarding the leadership role of women then. And Boudicca was such a vibrant, strong character – she was a pleasure to write!

2. All of your books have mythological roots. What is it about myths and legends that fascinate you so much?
I think you can tell a lot about a people by listening to their myths. Also, I think history is a lot more fun when you delve into mythology instead of boring text books! 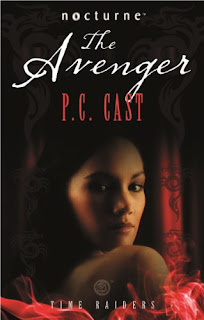 3. If you were a time raider, which period in history would you most like to travel back to?

Can I take penicillin and a gun?
I know it’s not ancient history, but I’d like very much to have been alive during WWII.
4. Are there any mythical elements that you'd like to tackle in future books?
Absolutely! Robin Hood, Aida, Dracula’s Mina, and I’d like to bring alive some of the ancient Japanese myths.

5.You seem to write about very strong heroines. Is this portrayal of women very important to you?
Yes. One of my main goals in my writing is to celebrate the intelligence and power of today’s women, and to empower them to listen to their intuition and follow paths that lead to health, happiness, and fulfilment.


Thanks so much, PC! You can find out more about PC and her books at her website.