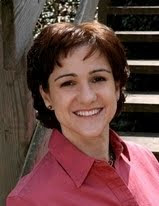 Kay Cassidy is the author of teen fiction she wishes was based on her real life. She is the founder of the national Great Scavenger Hunt ContestTM reading program for kids and teens and the host of the inspirational Living Your FiveTM web project. In her free time, she enjoys yoga, movies, music, and reading. Lots and lots of reading. She hopes her debut YA novel, THE CINDERELLA SOCIETY (April 13, 2010 - Egmont), will help girls embrace their inner Cindy.

About The Cinderella Society: 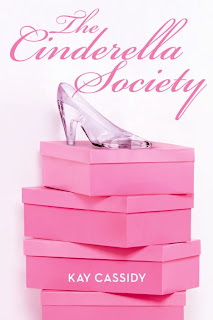 What a girl to do when the glass slipper fits, but she doesn't want to wear it anymore?
Sixteen year old Jess Parker has always been an outsider. So when she receives an invitation to join The Cinderella Society, a secret society of the most popular girls in school, it's like something out of a fairy tale. Swept up by the Cindys' magical world of makeovers, and catching the eye of her Prince Charming, Jess feels like she's finally found her chance to fit in.
Then the Wickeds--led by Jess's arch-enemy--begin targeting innocent girls in their war against the Cindys, and Jess discovers there's more to being a Cindy than reinventing yourself on the outside. She has unknowingly become part of a centuries-old battle of good vs. evil, and now the Cindys in charge need Jess for a mission that could change everything.
Overwhelmed, Jess wonders if The Cinderella Society made a mistake in choosing her. Is it a coincidence her new boyfriend doesn't want to be seen with her in public? And is this glamorous, secret life even what she wants, or will she risk her own happy ending to live up to the expectations of her new sisters?
Interview:

1. Is there a novel that you wish you’d written? Why?
What a fun question! Gosh, there are so many. I wish I'd written Ally Carter's Gallagher Girls series for the sheer cool factor of it. I wish I'd written Graceling by Kristin Cashore which has my favorite kick-butt YA heroine of all time. The list goes on and on!
2. The Cinderella Society is all about girl power. Do you believe this is a good thing for teen girls to believe in?
Absolutely! Getting comfortable in your own skin and being true to who you are, those are things that most girls (and adults too) struggle with. But when you finally find that place of peace inside yourself and embrace them both, WHOA… the world is your oyster. Just look at any girl who believes in herself – she's the girl with a success story to inspire!

3. Where did you get the idea for a secret society from?
The Cinderella Society actually came from a magazine article about high school sororities. I'd never heard of that before and, once I started thinking about the kind of society I would create if I could, I realized I would want it to be an organization devoted to fighting the everyday battle of good vs. evil. The idea snowballed from there and The Cinderella Society was born.


4. Why did you make Jess’s makeover such a focus of the novel?

Well, with a title like The Cinderella Society, an ultimate makeover was a must, right? :-) I did a lot of research on body image in girls while writing the book and there's a statistic in the book from the Dove Campaign for Real Beauty global studies – 92% of girls would change something about the way they look if they could. So the idea for the makeover was not to transform into someone else or fix what they perceived to be "broken" with them, but to make the most of what they have and find a way to embrace their natural image… glories, faults and all!
5. Are you working on anything at the moment? Can you tell us anything about it?
Right now, I'm working on the sequel to The Cinderella Society, titled Cindy on a Mission. It follows the further adventures of Jess and the Sisters as the Wickeds launch an offensive that threatens everything the Cindys hold dear. Cindy on a Mission will be on shelves in Spring 2011.
Thanks, Kay! You can read my review of The Cinderella Society here and visit Kay on her website here.
Last stop: He Followed Me Home…Can I Keep Him?
Next stop: The Book Owl
Sophie
Posted by So Many Books, So Little Time at 09:00
Email ThisBlogThis!Share to TwitterShare to FacebookShare to Pinterest