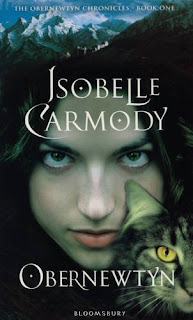 In a world struggling back from the brink of apocalypse, life is harsh. But for Elspeth Gordie, born with enhanced mental abilities, it is also dangerous. There is only survival by secrecy, and so she determines never to use her forbidden powers. But they are not easy to keep hidden and their inevitable use brings her to the attention of the totalitarian Council that rules the land.

Sent to remote Obernewtyn, from where escape is said to be impossible, Elspeth must thrown off her safe cloak of concealment and pit herself against those who would resurrect the terrible forces of the apocalypse. Only then will she truly learn what and who she is…

I already have a copy of this so I’ll give it to my friend, Saffron, who tends to benefit from my double copies! 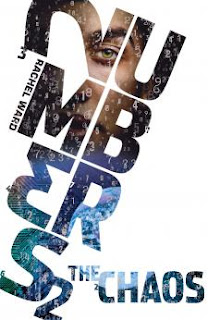 Numbers 2: The Chaos - Rachel Ward
Like his mum before him, Adam sees numbers - death dates in people’s eyes. It’s hard enough living with this terrible gift, but life is about to get tougher.

Adam sees that everyone around him has the same date: 1 January 2017.

Something huge is going to happen.

Something bad. But what is it? And what can he do about it?

I actually squealed when I opened this package as I loved Numbers. Thanks, Chicken House! 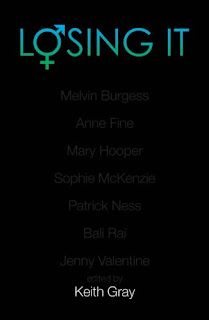 From Amazon UK: Melvin Burgess, Keith Gray, Sophie McKenzie, Bali Rai, Patrick Ness, Jenny Valentine and Mary Hooper - Some of today's leading writers for teens are gathered here in a wonderful collection of original stories: some funny, some moving, some haunting but all revolving around the same subject - having sex for the first time!

This has the strangest proof binding I’ve ever come across, but some amazing UK authors are in this anthology so hopefully it‘ll be brilliant. Thanks to Andersen Press. 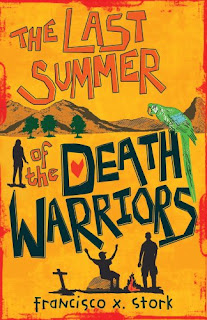 The Last Summer of the Death Warriors is a novel about the big things we live and die for, and the people who make those things matter. Two teenage boys bound together in a story of death, revenge and the ultimate friendship.

When Pancho arrives at St. Anthony's Home, he knows his time there will be short: If his plans succeed, he'll soon be arrested for the murder of his sister's killer. But then he's assigned to help D.Q., whose brain cancer has slowed neither his spirit nor his mouth.

D.Q. tells Pancho all about his "Death Warrior's Manifesto," which will help him to live out his last days fully--ideally, he says, with the love of the beautiful Marisol.

As Pancho tracks down his sister's murderer, he finds himself falling under the influence of D.Q. and Marisol, who is everything D.Q. said she would be; and he is inexorably drawn to a decision: to honour his sister and her death, or embrace the way of the Death Warrior and choose life.

Thanks to Scholastic for this. This sounds really powerful and quite amazing. 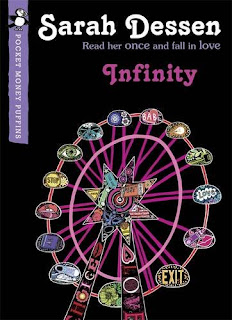 Sometimes it’s hard to make choices and decisions, and to know which way to go. Sarah Dessen’s touching short story is all about moving on, choosing where you want to be and finding a way to get there…