This meme was started by the fabulous Kristi who was inspired by Alea. If you want more information check out their blogs. All summaries are from the book jackets.
For review: 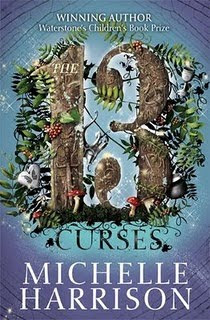 When fairies stole her brother, Red vowed to get him back.
Trapped in the fairy realm, Red must beg an audience with the fairy court. There, she strikes a bargain. her brother will be returned - but only if she can find the charms of Tanya’s bracelet, scattered in the human world.
Returning to Elvesden Manor, Red is assisted by Tanya and Fabian, a desperate hunt begins. Soon they make a shocking discovery. The charms are now cursed with the twisted qualities of the thirteen treasures they represent…and the longer they are missing, the worse the consequences will be.
Can Red, Tanya and Fabian find all the charms? And even if they do, will the fairies keep their promise?
The first of three surprise packages from Simon and Schuster. I actually squealed when I pulled this out, I’m that excited. 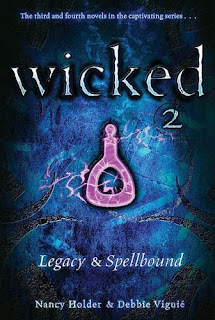 Wicked: Legacy & Spellbound - Nancy Holder and Debbie Viguie
Holly Cathers us not the same person she was almost a year and a half ago. After discovering her connection to an ancient legacy of witches, Holly has accepted her destiny as a descendent of the House of Cahors and is determined to end an intergenerational feud that has plagued her family for centuries.
But Holly will have to overcome unworldly obstacles as she battles to protect her loved ones - including Jer, a member of the rival House of Deveraux and her one true love. A war of magical proportions is being waged, and Holly is right in the middle of it. Lives will be lost - and sacrifices will have to be made…
This is actually books 3 and 4, but I don’t have the first two! Looks like I’m going to have to change that! 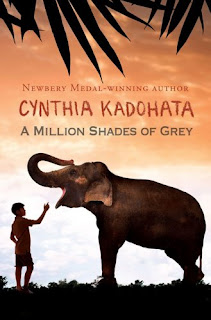 A Million Shades of Grey - Cynthia Kadohata
At twelve years old, Tin is the youngest elephant handler in his village. He loves nothing more than spending his days looking after his elephant, Lady, and dreaming of being an elephant trainer when he grows up.
But as Tin dreams of his future, the world around him is being changed dramatically by the events of the Vietnam War, and when Viet Cong attack his village, Tin’s life is turned upside down. Suddenly held hostage by soldiers who don’t care if he lives or dies, Tin has to harness all his courage to escape from his captors and save not only his own life, but his precious elephant’s too.
I love elephants! I think this one if going to make me cry. 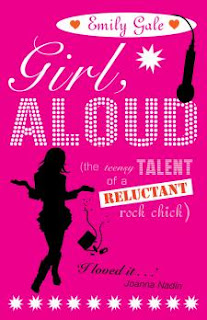 Girl, Aloud - Emily Gale
This is serious.
This is big.
Dad has finally lost it.
He’s entered me for The X Factor.
This would be less of a crisis if:
1. I could sing.
2. Any tiny bit of me wanted to be a star.
3. I hadn’t lost my two best friends over a boy in brown boots.
Inside I’m screaming, I just wannabe…me!
Thank you, Emily! I’ve heard great things about this one so I’m really excited to give it a go. 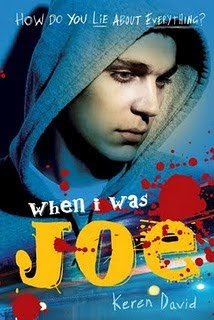 When I Was Joe - Keren David
It’s one thing watching someone get killed.
It’s quite another talking about it.
But Ty does talk about it. He names some ruthless people and a petrol-bomb attack forces him and his mum into hiding under police protection.
Shy loser Ty gets a new name, a new look and a cool new image. Life as Joe is good. But the gangsters will stop at nothing to silence him. And then he meets a girl with a dangerous secret of her own.
A completely irresistible thriller by an exciting new writer.
Thanks, Keren! This is something new for me so I’m looking forward to it. 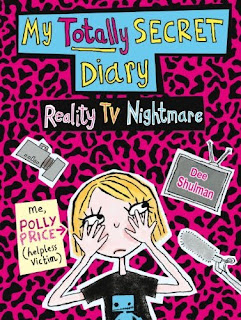 My Totally Secret Diary: Reality TV Nightmare - Dee Shulman
If you happen to pick up this books - PLEASE don’t show it to anybody. It is totally PRIVATE. And quite disheartening.
It tells the tragical story of a helpless innocent person (me) trying to live an ordinary private life with a very DIFFICULT mother.
But how can you live an ordinary private life if your difficult mother invites a TV crew to come film in your house???
How are you supposed to keep that a secret from everyone at school???!
Thanks to Random House for this. It looks really fun!
Sophie
Posted by So Many Books, So Little Time at 08:00
Email ThisBlogThis!Share to TwitterShare to FacebookShare to Pinterest