This meme was started by the fabulous Kristi who was inspired by Alea. If you want more information check out their blogs. All summaries are from the book jackets.
From my Secret Santa: 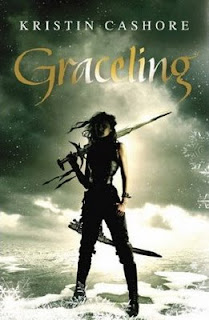 Graceling - Kristin Cashore
In a world where people born with an exceptional skill, known as a Grace, are both feared and exploited. Katsa carries the burden of a skill even she despises: the Grace of killing.
Feared by the court and shunned by those her own age, the darkness of her Grace casts a heavy shadow over Katsa’s life. Yet she remains defiant: when the King of Lienid’s father is kidnapped she investigates, and stumbles across a mystery. Who would want to kidnap the old man, and why? And who was the extraordinary Graced man whose fighting abilities rivalled her own?
The only thing Katsa is sure of is that she no longer wants to kill. The intrigue around this kidnapping offers her a way out - but little does she realise, when she takes it, that something insidious and dark lurks around the mystery. Something spreading from the shadowy figure of a one-eyed king…
With elegant, evocative prose and a cast of unforgettable characters, Kristin Cashore creates a mesmerising world, a death-defying adventure, and a heart-racing romance that will captivate you, and leave you wanting more. 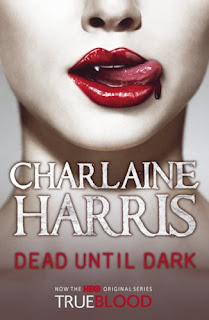 Dead Until Dark - Charlaine Harris
Sookie Stackhouse is a small-tine cocktail waitress in small-town Louisiana. She’s quiet, keeps to herself, and doesn’t get out much. Not because she’s not pretty. She is. It’s just that, well, Sookie has this sort of ‘disability’. she can read minds. And that doesn’t make her too dateable. And then along comes Bill: he’s tall, dark and handsome - and Sookie can’t ‘hear’ a word he’s thinking. He’s exactly the type of guy she’s been waiting for all her life.
But Bill has a disability of his own: he’s a vampire. Worse than that, he hangs around with a seriously creepy crowd, with a reputation for trouble - of the murderous kind.
And when one of Sookie’s colleagues is killed, she begins to fear she’ll be next… 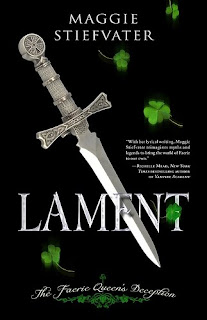 Lament: The Faerie Queen’s Deception - Maggie Stiefvater
Sixteen-year-old Deirdre Monaghan is a prodigiously gifted musician. She’s about to find out she’s also a clover hand - one who can see faeries.
Unexpectedly, Deirdre finds herself infatuated with a mysterious boy named Luke who enters her ordinary life, seemingly out of thin air. But his interest in her might be something darker than summer romance. When a sinister faerie named Aodhan shows up with deadly orders from the Faerie Queen, it forces Dee right into the midst of Faerie. Caught in the crossfire with Deirdre is James, her wisecracking but loyal best friend.
Deirdre had been wishing her summer weren’t so dull, but taking on a centuries-old Faerie Queen isn’t exactly what she had in mind.
Ahh! I’m so excited to read all three of these. Thank you so much, Secret Santa!
Sophie
Posted by So Many Books, So Little Time at 08:00
Email ThisBlogThis!Share to TwitterShare to FacebookShare to Pinterest