In My Mailbox IV 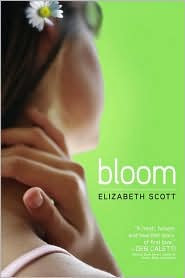 There’s a difference between falling and letting go.

Lauren has a good life: decent grades, great friends, and a boyfriend every girl lusts after. So why is she so unhappy?

It takes the arrival of Evan Kirkland for Lauren to figure out the answer: she’s been holding back. She’s been denying herself a bunch of things because staying with her loyal and gorgeous boyfriend, Dave, is the “right” thing to do. After all, who would give up the perfect guy?

But as Dave starts talking more and more about their life together, planning a future Lauren simply can’t see herself in - and as Lauren’s craving for Evan and, moreover, who she is with Evan becomes all more fierce - Lauren realises she needs to make a choice…before one is made for her. 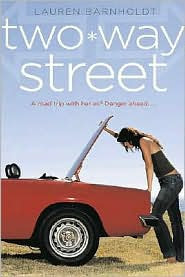 There are two sides to every break-up.

This is Jordan and Courtney, totally in love. Sure, they were an unlikely high school couple. But they clicked; it worked. They’re even going to the same college, and driving cross-country together for orientation.

Then Jordan dumps Courtney - for a girl he met on the internet.

It’s too late to change plans, so the road trip is on. Courtney’s heart-broken, but figures she can tough it out for a few days. La la la - this is Courtney pretending not to care.

But in a strange twist, Jordan cares. A lot.

Turns out, he’s got a secret or two that he’s not telling Courtney. And it has everything to do with why they broke up, why they can’t get back together, and how, in spite of it all, this couple is destined for each other. 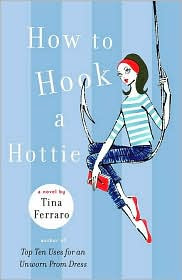 How to Hook a Hottie - Tina Ferraro

Kate DelVeccio is a business woman. When it comes to matters of the heart, she has no time. Look at her own parents. Total dysfunction.

At seventeen, Kate has one goal in life: to become a millionaire before the age of twenty. (Okay, twenty-five if she hits some bumps in the road.) And as far as she’s concerned, college will only slow her down. Unfortunately for Kate, the one thing her parents do agree on is that they totally disagree with her strategy. And so the deal is born. If Kate can raise five thousand big ones by graduation day, her parents will hand over the balance of her college account to invest as she pleases. No college, no degree, and no way she’ll ever be able to pull it off.

Surprisingly, it’s where her heart isn’t that’s precisely what might solve her dilemma. Since when has love ever helped anyone?

When Kate reluctantly agrees to go to the sports banquet with the hottest guy in school, she stumbles on a possible cash cow. The rest of the senior class is amazed that no-nonsense Kate could hook such a hottie, and one by one they approach her for help hooking their own. She doesn’t know anything about getting guys, but for a hundred dollars a pop, she’s more that willing to invent a Six-Point Plan. And how could that possibly backfire? 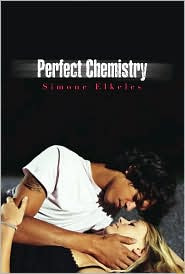 At Fairfield High School, on the outskirts of Chicago, everyone knows that south siders and north siders aren’t exactly compatible elements. So when head cheerleader Brittany Ellis and gang member Alex Fuentos are forced to be lab partners in chemistry class, the results are bound to be explosive. But neither teen is prepared for the most surprising chemical reaction of all - love. Can they break through the stereotypes and misconceptions that threaten to keep them apart?

“This is Alejandro Fuentes. When he wasn’t hanging out on street corners and harassing innocent people this summer, he toured the inside of jails around the city, if you know what I mean. his secret desire is to go to college and become a chemistry teacher, like you, Mrs peterson.”

“This is Brittany Ellis,” I say, all eyes now focused on me. “This summer she went to the mall, bought new clothes so she could expand her wardrobe, and spent her daddy’s money on plastic surgery to enhance her, ahem, assets. Her secret desire is to date a Mexicano before she graduates.”

I have been waiting to read these books forever so I finally ordered them from Amazon and I was so excited when they arrived in the post on Monday I did a little happy dance!

Split by a Kiss - Luisa Plaja

Jo has never been one of the popular kids…until she moves to the USA. Suddenly the coolest girls at her new high school adopt her, and the hottest boy, Jake Matthews, notices her. But when Jake picks her as his partner in the kissing game Seven Minutes in Heaven, it’s not half as heavenly as she imagined!

Jo has a choice: should she carry on with Jake or guaranteed popularity - or should she tell him where to get off and risk losing her new friends…?

At this moment - Jo splits. She’s Josie the Cool - girlfriend of Jake, member of the in-crowd. But she’s also Jo the Nerd - rejected by the It girls, single…ordinary will her two halves ever come together again?

I received this on Tuesday from Luisa herself. Thanks Luisa!

What would happen if the traumas of teenage life and love from Jane Austen’s Pride and Prejudice were transferred to the twenty-first century?

When Mrs Bennett inherits enough money to move into the kind of village she has always dreamed of, her daughters find themselves swept up in a glamorous life of partying and country pursuits.

But Lizzie and her sisters soon discover that, beneath the very smart surface, lurks a web of intrigue and rivalries…

‘For what do we live, but to make sport for our neighbours, and laugh at them in our turn?’ Jane Austen, PRIDE AND PREJUDICE

We sit on the railings and, as the grey clouds scud over our heads, I tell Jack and Freya about Mum being ill. I don’t tell them that I’m worried stupid, but they’re my mates, I think that they can work that out for themselves. I also tell them about Jesse and his accident, the prat.

‘Blimey, sixty-six per cent of one family in the hospital at the same time!’ says Jack. ‘You’d better watch yourself, Luke. It could be an ancient Egyptian curse… Why don’t you sleep at mine tonight?’

Luke’s world is turned upside down when his mum collapses at the hospital where she works as a nurse. Fourteen-year-old Luke and his football-obsessed younger brother Jesse each cope in their different ways, and, as time passes, they must confront some painful truths.

Honest, funny and deeply moving, this is a story about facing the worst and surviving.

I got these two from Piccadilly Press on Thursday. I've two of Rosie Rushton's Twenty-First Century Austen's before and enjoyed them so expect this will be great too. I'd never heard of Life, Interrupted but it's recommended by Jacqueline Wilson so I'm sure I'll enjoy it.

It's half-term this week so I even have time to read them all and I can't wait! Have a great week everyone.

Posted by So Many Books, So Little Time at 12:26
Email ThisBlogThis!Share to TwitterShare to FacebookShare to Pinterest