Film Review: The Theory of Everything 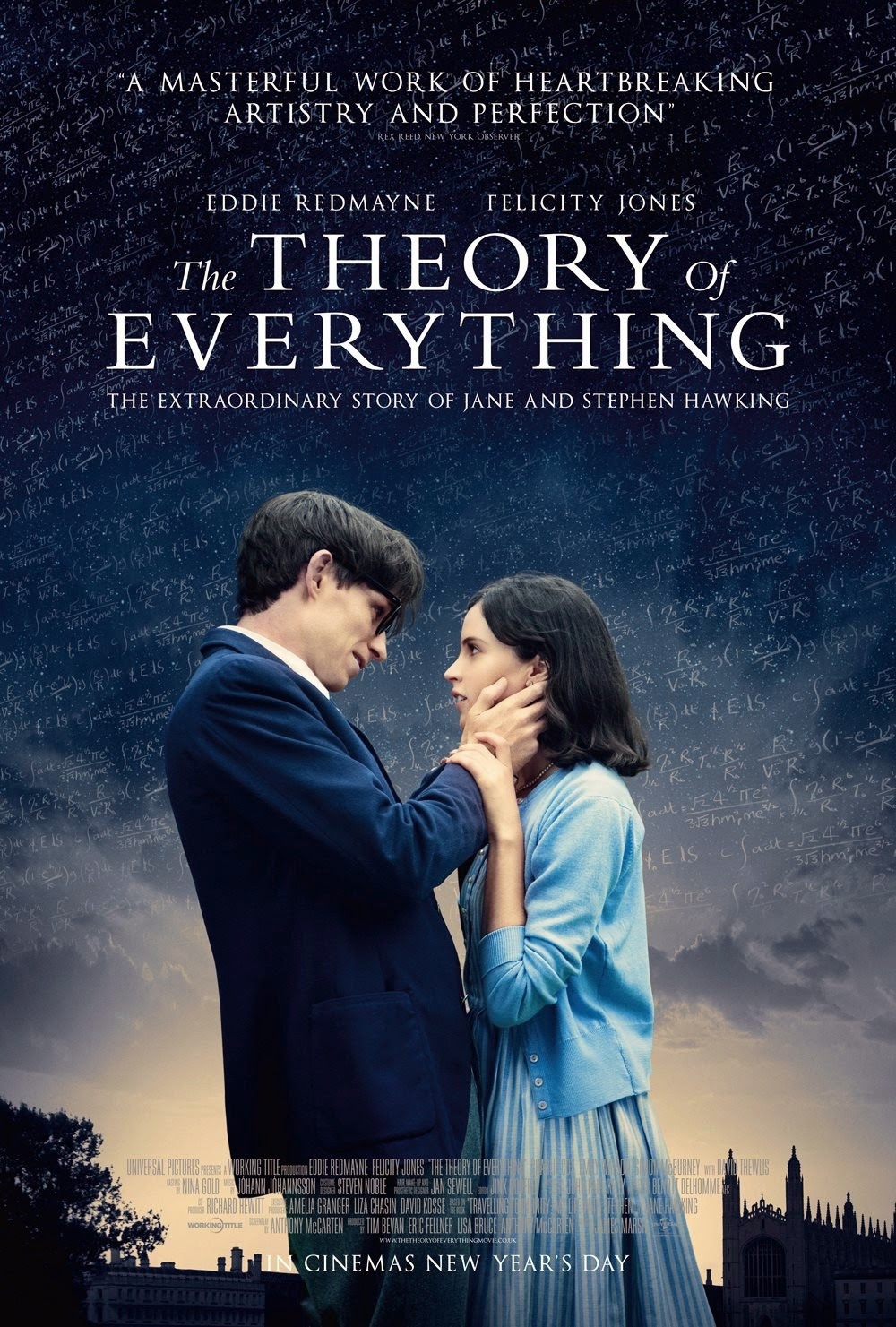 WHAT’S IT ABOUT?
The life and relationship of Stephen Hawking and his first wife, Jane Hawking.

I went into The Theory of Everything with grand ideas of a film full of romance, sadness, science and a powerful impact. I got all of that plus a bittersweet love and a boat load of humour. I bloody loved it.

Stephen Hawking is a national treasure. His discoveries changed physics and he helped bring science to the masses when he published A Brief History of Time, and yet until I saw this film I didn’t fully comprehend it all. After a diagnosis of MND and a predicted life expectancy of two years he could have walked out of Cambridge, travelled a little and taken a completely different path, but instead he chose to dedicate his remaining time to try and pin down some of science’s mysteries. And he achieved it. 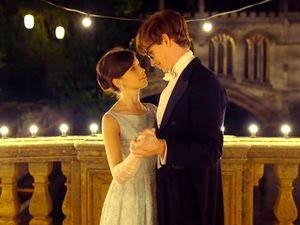 The way that Eddie Redmayne played Stephen Hawking blew my mind. I was in awe of how he physically represented him in a way that wasn’t contrived or patronising or unrealistic and it was so realistic that I kept forgetting that Redmayne wasn’t actually Hawking... And yet the performance didn’t end at the physicality. His determination, his genius, his cheeky sense of humour, his anger and frustration at his body – it was all there and it was utterly convincing. I salute you, Eddie Redmayne.

And yet I actually think that the real hero of this story is Jane. She fell in love at university and he was diagnosed with a fatal disease. She was told that she’d have two long, hard years with him, but she decided that she would take what she got. And those two years turned into thirty years of caring for someone who eventually could do nothing for himself. And she continued to love him throughout. She had a hard life and put herself underneath the needs of her family and just got on with it, but the love was undeniably there. 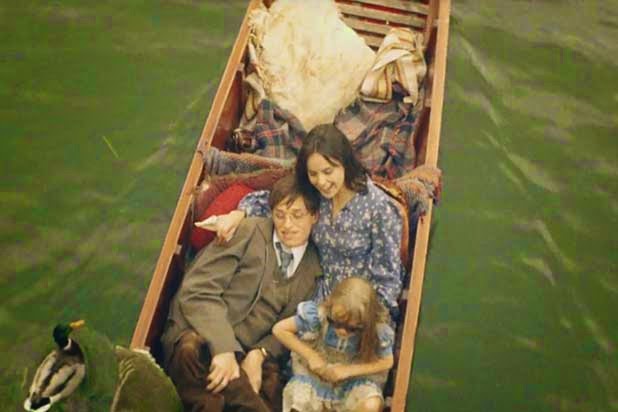 Watching Jane and Stephen fall in love at the beginning of The Theory of Everything gave me butterflies. It was gorgeous. The scenes where they went to the May ball and watched the starts, danced and finally kissed gave me a severe case of butterflies. To see their love get stronger and stronger in the face of hardship made my heart ache and it was so poignant that even the eventual ending of their relationship didn’t dampen what they had in the slightest. Well played, writers.

The Theory of Everything is a stunning film about love, science, faith and making the most of what you have. I recommend it to everybody.