CJ Flood’s debut novel, Infinite Sky, published by S&S earlier this year is one of my favourite reads of 2013. It’s beautiful, moving and deeply affecting. This woman has some serious talent and I’m very excited to what she gives us next. 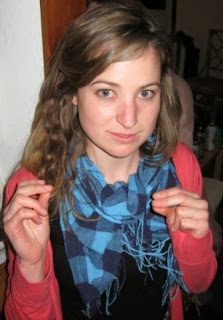 1. The subject of travellers is a sometimes sensitive topic. What made you decide to tackle it in Infinite Sky?
Irish Travellers are often the target of a lot more open prejudice than other ethnic groups, and so I knew their presence in the story could create a lot of conflict, which is at the heart of all good novels. Because their presence sometimes stirs up strong feeling in people, I thought it would be interesting dynamically too. I wanted to create a more realistic/sympathetic/subtle portrayal that what is currently appearing on our TV screens in the form of My Big Fat Gypsy Wedding and that kind of thing, but mainly I wrote about Travellers because I required a conflict around land to make my novel work.

2. The ending of Infinite Sky made me cry on a train. What was the last book that made you cry?
Hurray, I love to make people cry! I cry often during novels, so have probably cried loads recently. My friend, Nathan Filer’s The Shock of the Fall made me cry with happiness, which is quite a rare thing. And John Corey Whaley’s When Things Come Back made me cry too. Both stunning books, please read them immediately.

3. At thirteen, Iris is on the younger side for the protagonist of a YA novel. What attracts you to that age?
Thirteen was an interesting age for me. I would still try and play children’s games, like imagining things, but they were no longer satisfactory; I’d lost the knack. But I wasn’t quite ready for the new interests – aka snogging/groping etc – and so I felt confused and left behind and lonely a lot of the time. Also, typically, kids start to separate from their parents around this age, and realise they are just human beings like them. It’s an interesting time, for sure.

4. Favourite writing snack?
When I’m in Serious Editing Mode, I live on packet noodles and Earl Grey tea. I need to think up more snacks really, but I worry about getting fat, what with never moving.

5. Story world you want to live in?
His Dark Materials. I want a daemon so bad.

Thank you so much Chelsey! And thank you to Lucy of Queen of Contemporary for organising such a fantastic tour! Now go and get yourself a copy of Infinite Sky and check out all of the previous tops of the We Love UKYA! tour!