5 Books I Wish My Little Sister Would Read


I’m always pushing books on my sister. Ones I tell her to read, ones I tell her to buy, ones I tell her to stop judging a give a go anyway. Sometimes they’re for a particular reason; a lesson I want her to learn, but mostly, they’re just excellent reads. Here are the five books I most want my little (she’s nearly 17, so not exactly little, but whatever...) sister to read: 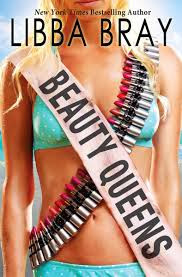 Beauty Queens, Libba Bray
My sister has actually bought this, she’s just intimidated by the length. Beauty Queens changed my perspective on many things to do with being a girl in the 21st Century and opened my eyes to ways we are oppressed that I didn’t even realise. She also made points about the social roles of a woman and the ridiculous ideals of female beauty, all wrapped up in a hilarious, addictive and engaging desert island story. The woman’s a genius.

Graceling, Kristin Cashore
Kristen Cashore is another that made me look at women and feminism in another light. Katsa isn’t your typical heroine; she knows what she wants and who she is and falling in love only strengthens that. She isn’t compromised in the slightest. She’s the type of heroine you want people to see as their role model. Oh, man, now I want to re-read Graceling... 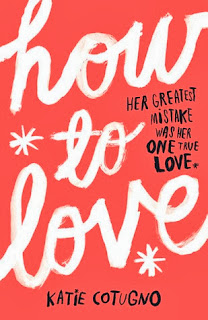 How to Love, Katie Cotugno
This is my favourite book of 2013 so far. I fell unexpectedly head over heels for Reena and Sawyer’s story and I’m telling everyone to read it, regardless of genre preferences. It’s beautiful, heart-achey, realistic and hopeful. I just...read it. Now.

How I Live Now, Meg Rosoff
Meg Rosoff’s debut is quite possibly my favourite book. It opened my eyes to the sheer possibilities of novels. There are no rules for Rosoff in her fiction and no subject is too much to handle. I’d never read anything like it, and I still haven’t. I just wish my sister would take my word for it and dive in... 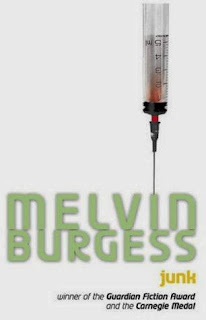 Junk, Melvin Burgess
I think everyone should read this book. It’s as simple as that really. Shocking, controversial and beautifully written; it changed YA in so many respects and I regard it as a classic. Junk is a book that is still being banned, seventeen years after publication, and that in itself makes it worth a look, right? Anything that stirs up idiots who like to ban books for such a long time is obviously an important read.

So there you are, the five books I wish my little sister would read.

Which books would you want your little sister/daughter/niece to read? Do you disagree with any of my choices?