Exploring Classics: The Phantom of the Opera 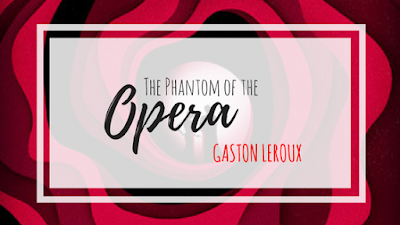 Originally serialised between 1909-10 by La Gaulois

My edition: the Vintage Classics paperback.

WHEN I Discovered This Classic
With the musical being as popular and long-running as it is, I feel like I’ve always known about The Phantom of the Opera - it opened about 12 years before I was even born!

WHY I Chose to Read It
I’m honestly not sure. I think I must have heard about it while watching booktube or something as I was suddenly desperate to read. I just went with it!

WHAT I Thought of This Classic
I was totally in love with the first third of Phantom. It had that melodramatic, silliness of the early Gothic, but with a brilliant Parisian flair and I was totally sold.

It was gloriously over-dramatic and full of secrets and mystery, but it didn’t take long until I started to lose interest. The story started going around in circles and no real answers were even drip-fed and I quickly lost my patience. The only way I didn’t DNF The Phantom of the Opera was because I listened to the audiobook, but that also may have been the reason I didn’t properly connect with the latter half of the book.

Unfortunately, I did end up drifting in and out quite a lot and ended up missing a few of the big reveals, but I wasn’t really bothered by that point - I just wanted to get to the end.

I’m glad I read this, but I won’t read it again. I do still want to see the musical, though!

WILL It Stay a Classic
As long as the musical keeps playing around the world and the film is beloved by so many people I can’t imagine Phantom is going anywhere.

WHO I’d Recommend it To
- Fans of early Gothic.
- Those who love the musical and the film