Today I am pleased to welcome RL LaFevers to So Many Books, So Little Time for the Grave Mercy blog tour. Grave Mercy will be published by Andersen Press today (June 7th)! She is going to tell us all about her favourite heroines in fantasy.

Top Five Heroines Of All Time 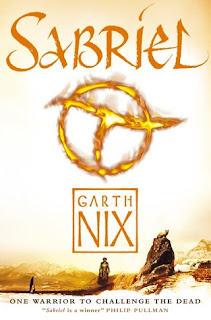 Sabriel (SABRIEL by Garth Nix)
Sabriel was the one of the first kick-ass heroines I ever read about. The closest I ever got to kick ass as a child was Nancy Drew, Laura Ingalls Wilder, and Sarah Crewe, so Sabriel was a huge eye opener for me! I loved that she could travel into death, I loved her bandolier of bells that could control the dead, not to mention her sword. She was fearless and determined. And she had Mogget—the most awesome cat EVER.

Beka Cooper (BECKA COOPER: TERRIER by Tamora Pierce)
This was the first Tamora Pierce book I’d ever read and I was immediately hooked. One of the things I love about Beka is her scrappiness. She comes from the streets of Tortall and it shows. I love that she wants to bring protection and justice to her own poor neighborhood. Also? She wields a wicked baton. 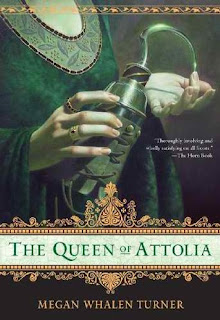 Irene (Queen of Attolia) QUEEN OF ATTOLIA by Megan Whalen Turner
One of the things I loved most about this character is that we first come to know her as a seemingly cruel and heartless person, but as we spend more time with her we learn what sort of woman she really is. How she has a spine of steel and has had to beat her power hungry barons at their own game and we begin to understand just how events have shaped her. She is a strong, strong character, with more layers than a Viennese torte.

Katniss Everdeen (HUNGER GAMES by Suzanne Collins)
How can one not love Katniss? She comes from humble roots and never, ever loses sight of what is important to her. She will fight—to the death—for those she loves and resists being a pawn in one of the biggest examples of political showmanship and propaganda ever concocted. Plus? Most. Resourceful. Figher. Ever.

Ista (PALADIN OF SOULS by Lois McMaster Bujold)
What I love so much about Ista as a character is that, at forty, she is the dowager mother of the ruling queen and is convinced her life is over. Yet she has lived so much of that life doing her duty, pleasing others, and then later under a cloud of suspicion and madness. But she gets an itch to set off on just a tiny trip—just something to keep herself from calcifying—and ends up having an incredible adventure and coming to face with the destiny that’s always awaited her. I love this idea that all our adventures are not over by the time we’re forty!