Blast From the Past: Lolita 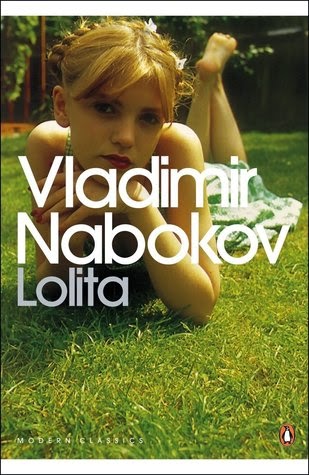 Originally published in 1955 by Olympia Press

My edition: the Penguin Modern Classics paperback form 2000. I want all of them.

What’s it about?
Humbert Humbert, a literature professor, becomes obsessed by twelve-year-old Dolores, whom he calls Lolita.

Why now?
I needed to read a banned book for my PopSugar reading challenge and I knew Lolita has been banned so I read the first paragraph in Waterstone’s and woah...

The verdict:
Several days after finishing Lolita I’m still not quite sure how I feel about it. I had to push myself through it at times, some of the language went over my head occasionally and yet I also couldn’t put it down. It’s been a long time since a book had me so mixed up!

Humbert Humbert is recounting his relationship with Lolita for the police, and considering that, the style he chooses is completely surprising. I don’t think I’ve ever come across prose so overly-styled, flowery and verging on surreal. Humbert is a literature professor and self-proclaimed poet and it shows. It’s almost hypnotising in a way, and I think that’s the point. It occurred to me as I nearing the end of the novel that maybe he’s trying to hide the horrific decisions he made and actions he took involving Lolita; distracting the lawyers and detectives from what really happened. It almost turns him into a slight unreliable narrator, in a way.

His vision and opinions are clearly biased and very clouded, much in the way of a sociopath I think. He was able to justify his incorrigible attentions to Lolita and others that got in the way of him and his nymphet. Everything he does is a reasonable action to take in order to protect himself, regardless of the consequences. And the paragraphs go on for pages sometimes, the sentences a paragraph so you can’t even take a breath, you just trudge on, sometimes missing things and again DISTRACTION. It’s fascinating.

I think fascination sums up my feelings about Nabokov’s classic, actually. It made me uncomfortable, especially when Humbert was referring to Lolita and other children sexually, though there was nothing explicitly sexual – everything was implied or glossed over – and how he described Lolita herself. At the beginning of the novel Lolita is only twelve years old but through Humbert’s eyes she is seductive, precocious and teasing and it is profoundly disconcerting. As she aged and developed under Humbert’s watchful eye his feelings didn’t stop like he expected, though they did adapt slightly to the changes in Lo. After a particularly dramatic event near the end of the novel, Humbert seemed to slide into a sort of madness. It took a turn for the surreal and rambly and the already elaborate language heightened further and further as the panic about discovery began to set in. So beautifully done.

Though I had to push myself through Lolita at times, I really am glad I read it. It’s fascinating in topic and execution and I’d love to read more Nabokov just to compare to this. Fascinating.

Still not convinced?
- CONTROVERSY.
- The language is truly something to be experienced.
- I want to hear your opinions on this! Read it and let’s discuss.