Blast From the Past: Mansfield Park 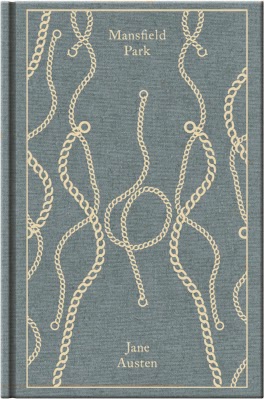 Originally published in 1814 by Thomas Egerton

My edition: the beautiful Penguin Clothbound Classics hardback. I love this collection so much.

What’s it about?
Fanny Price is taken from her full-to-bursting house in Portsmouth to live with her rich cousins in Mansfield Park, but still not a part of their class and her sole ally being her cousin Edmund. During her uncle’s time away in Antigua, the Crawfords come to town and bring with them the glamour of London life and a taste of flirtation, theatre and the promise of love.

Why now?
Well, I actually started this back in November as it was the last of Austen’s books I hadn’t read and one of my resolutions for 2014 was the read those of hers that I hadn’t. As you can see, that didn’t quite pan out, but hey ho!

The verdict:
I’m a huge fan of Jane Austen. I love her prose, her humour, her style and how every page screams Jane Austen. But I struggled with Mansfield Park.

There is a lot of satire and judgement on the English class system is thrown into this novel. Lady Bertram is the vacant, superficial lady of the house whose days pass her by with ease; Mrs Norris is the controlling, money-obsessed manipulator; the Crawfords are rich, spoilt and mostly unaware of their entitlement and Fanny is the poor girl living in the rich house, forever unequal to her family. It’s emphasised by Sir Thomas, Mrs Norris and everyone bar Edmund from the start that though Fanny lives at Mansfield, she will never be equal to the Miss Bertram’s in any way.

But I loved that over the course of the novel people slowly realised that maybe, even with her background, she could be better than those of a higher class. It was her that the rich and respectable Mr Crawford decided he wanted to marry, and that she would learn to love him even though she didn’t approve of his morals and character. Even though it would have been a match one of the Bertrams’ would have celebrated, she stuck to her guns. She put her happiness and dedication to marrying for love above raising her station and securing a life of luxury.

Mostly, however, Fanny’s conviction against not marrying Henry is her love for Edmund. He is the only person to respect her mind, her kindness and her loyalty and she naively worships him. I could see it in every word and action and facial expression of Fanny’s when Edmund was around or even talked about. I have to admit that I was waiting for Edmund to come and whisk Fanny away from Henry and the eyes of Mrs Norris for the entire novel.

There was so little that suggested Edmund could have romantic feelings for Fanny that if I hadn’t known that was endgame, there’s no way I would have guessed. I mean, he always respected what a good person she was, a good listener and a sound judge of character, but nothing more. This made the last chapter of the novel where Austen tied up all the loose ends and told us where we would leave all of the characters a little full-on and added-on, maybe? Dmund suddenly realised he loved Fanny in the absence of Mary and his sisters and the newfound respect of Sir Thomas and Lady Bertram and I just didn’t feel it. The proposal and marriage were skated over, which is a terrible shame as Austen writes wonderful proposals, and they were suddenly just a happy married couple. Although I didn’t love the way it was handled, I still felt satisfied with the ending – I knew the characters so well by that point that everything made sense.

Though Mansfield Park wasn’t my favourite of Austen’s novels, I did end up really enjoying it. I loved seeing Austen’s style work an underdog heroine and bring her to her rightful place at the top.

Still not convinced?
- Fanny is the anomaly in Austen’s heroines and she seriously splits opinion. Which side do you fall on?
-
- It’s Austen.