5 Authors I Should Have Read but Haven't


The idea for this post came from a booktuber called supersushipizza who talked about the five authors who she hasn’t read but wants to and I got the idea of writing about mine. And mine are also authors who I feel like I should have read by now. Without further a do, here they are! 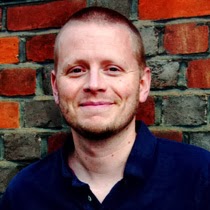 Patrick Ness
The beloved author of The Knife of Never Letting Go, A Monster Calls and the brand new More Than This is already a YA institution. He’s constantly cited as a favourite author and his books are showered with praise and awards by the literary world with every year. I actually have The Knife of Never Letting Go and A Monster Calls so I really have no excuse, but I am kind of worried that I won’t be as blown away by him as I want and expect to be...

Markus Zusak
Oh, The Book Thief, how left out I feel. Everybody raves about this book and with the film getting closer and closer I feel even more like the loner kid on her own in the corner of the playground. I’m planning to read The Book Thief this month and I have a box of tissues and expectations waiting for the weekend I plan to dedicate to this book. I can't risk taking it to work and bawling in the staff room at lunch time. 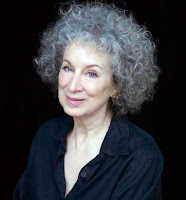 Margaret Atwood
The First Lady of Feminist Fiction. Although I started The Handmaid’s Tale, I didn't finish it before I had to take it back to the library as it was on hold. It’s one of those books that has been in my periphery for years and years and during my final year of university when I took several modules revolving around women’s and feminist fiction, my interest in her exploded. I fully intend to get myself a copy of The Handmaid’s Tale and then plow through her backlist.

Rainbow Rowell
Rainbow Rowell is the equivalent of the YA blogosphere’s star pupil at the moment and though I have Fangirl and Attachments, I’m yet to actually read her masterpieces. Her books sound like everything I love in a contemporary novel: gorgeous romance, beautiful writing, realistic and relatable characters and endlessly involving. Gah, I need to get on this! 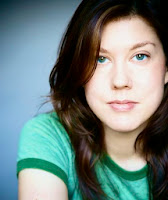 Maureen Johnson
I follow Maureen on Twitter and Tumblr and she is hilarious. But she's also really interesting and her pieces on what's going on in the literary, and real, world are fantastic and completely on the money. Then you have the legions of fans she has for her contemps and the Shades of London series and there's really no excuse, is there?

Take a look at the video that inspired my post!

Which authors do you feel you really, really should read? Which of these should I start with? Are there any authors you think I’ve missed from this list?