I'm so sorry for the lack of posts again this week - I'm drowning in uni work at the moment! I promise I'll try and get back on track in the next two weeks. 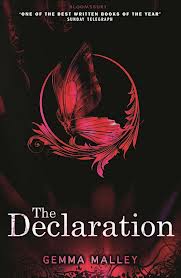 When you can live for ever by taking a tablet...
When no one needs to die...
Ann Covey should never have been born.

Sixteen-year-old Anna lives in a brutal, oppressive Surplus hall. She obeys all the rules and accepts her own fate – watching her masters achieve eternal life by the power of a pill called Longevity. But then a new inmate arrives. Mysterious, enigmatic and dangerous, he turns Anna’s solitary world upside down. Is she brave enough to believe that one Surplus girl and a boy who breaks the rules can change the world for ever?

Thank you Bloomsbury! I’ve been dying to get my hands on this series for a long time and now I have the whole trilogy with their gorgeous new covers!

I don’t want to write up the summaries of the next two books in case of spoilers, but here’s what they look like! 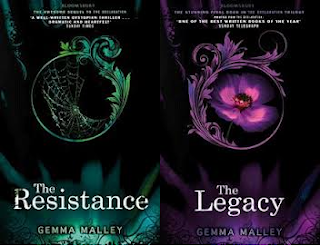 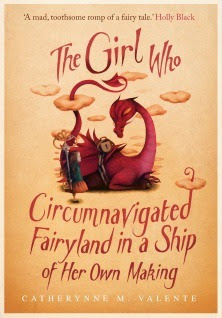 September is a twelve-year-old girl from Omaha. Her dad is fighting in a faraway war, her mum is always out at work, and September in stuck in a lonely, adventureless rut. So when the Green Wind arrives at her window and invites her to Fairyland, she accepts in a flash. (Mightn’t you?)

But Fairyland is in crisis and confusion, crushed by the iron rule of the villainous Marquess – and September alone holds the key to restoring order. Well! She knows what a girl with a quest must do: she sets out to Fix Things.

With a book-loving dragon and a mysterious boy named Saturday by her side, September faces peril and pandemonium; loses her shadow, her shoe and her way – and finds a great deal more besides. But time is short, and time is ticking, and every story must have an ending. Can September save Fairyland? Cab she even save herself?

I’ve been dying to read this for ages! Thanks, Corsair!