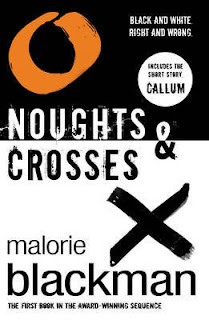 Callum is a nought – an inferior white citizen in a society controlled by the black Crosses.

Sephy is a Cross – and the daughter of one of the most powerful, ruthless men in the country.

In their hostile, violent world, noughts and Crosses simply don’t mix. But when Sephy and Callum’s childhood friendship grows into passionate love, they’re determined to find a way to be together.

And then the bomb explodes...

I got all four books in this series from the lovelies at Random House as (please don’t kill me) I’ve never read them before. It’s shamefuul, I know. I don’t want to write up the other three in case of spoilers!

If you follow me on Twitter you may have seen that I had a seminar hosted by David Almond at university on Friday and after one of the most inspirational hours of my left, I was left with a hankering to buy books. I did! 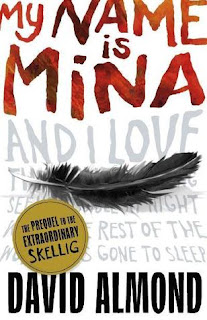 My Name is Mina – David Almond

Mina’s a rebel.
She can’t be controlled and she won’t fit in.
People say she’s weird. Some say she’s just crazy.
But all she wants is to be free, to be happy, and to be herself.

One night, as she sits in the moonlight, she picks up an empty notebook and begins to write.

And here is her journal, Mina’s life in Mina’s own words: her stories and dreams, experiences and thoughts, her scribblings and nonsense, poems and songs.
Her vivid account of her vivid life.

The wonderful prequel to Skellig by the winner of the Hans Christian Andersen Award, the Whitbread Award and the Carnegie Medal.

I’ve been meaning to buy this for years so after David’s seminar seemed like the perfect time. I can’t wait to get lost in this. 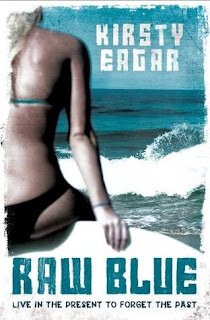 I have a clear view of the surf and I feel an electric charge. It’s a glitter skin day. The ocean is a vivid emerald colour and the wind ruffles the wave faces so that they shatter in the sunlight like glass.

Carly might be living but it's not much of a life, working the late shifts in a kitchen in Manly, renting alone and trying to get by without being noticed. The only time she feels alive is when she’s out in the ocean, where she can forget about everything – forget her own dark secret – and enjoy the moment.

After Carla’s raving review and Non’s endless praise, I knew I had to get my hands on this. I’m expecting an extraordinary book.

That’s all from me this week! I hope you all got some lovelies as well.