I went home for a couple of days and found some beauties waiting for me! 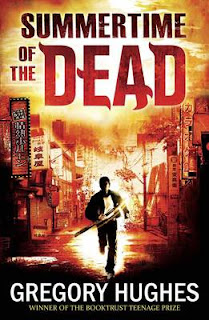 Summertime of the Dead – Gregory Hughes

My face hit the dirt and I cried for my best friends. The pain I felt at their deaths and the sham I felt at not helping was weighing me down. ‘I’ll kill them all.’

Yukio’s two best friends are dead. Tormented and blackmailed by the Japanese mafia – the notorious yakuza – they have taken their own lives. Overcome by heartbreak and fury, Yukio is determined to avenge their deaths.

So begins a deadly mission that will take Yukio on a destructive path to the rotten core of Tokyo – and to his own dark heart.

But once there, will he ever find his way back?

An unforgettable, uncompromising story of love and revenge from an award-winning author.

Haven’t heard of this one, but it sounds interesting. Thanks, Quercus. 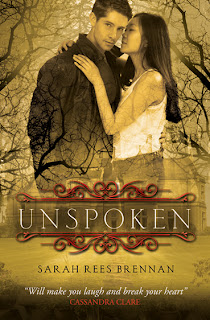 Kami Glass loves someone she’s never met...a boy she’s talked to in her head ever since she was born. Having an imaginary friend has made fitting in hard – but that’s never bothered Kami. She has a best friend, runs the school newspaper, and is only occasionally caught talking to herself. Her life is just the way she likes it.

But all that changes when the mysterious Lynburn family return to Kami’s village, along with teenagers, Jared and Ash, one of whom is eerily familiar to Kami...

As life as she knows it begins to unravel, Kami is determined to get to the bottom of every mystery. Who is responisble for the bloody deeds in the depths of the woods? What is her own mother hiding? And now that her imaginary friend has become a real boy, is she still in love with him?

And can she trust him?

So excited for this one! Thanks, S&S! 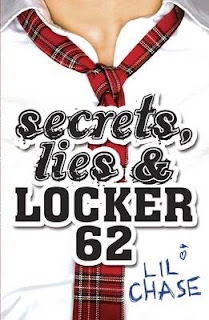 Secrets have a special home at Mount Selwyn High. For years, students have posted their deepest desires and darkest fears in long-abandoned locker 62.

And then the locker is assigned to new girl Maya. She could use the secrets to help people. Or she could use them to become popular. Maya, who was bullied, who will do anything to be popular, is now the most powerful girl at school.

What will she choose to do next?

I still haven’t read any by Lil Chase – I need to change that! Thanks, Quercus. 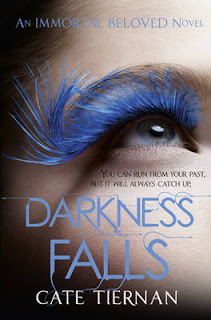 Just a few weeks ago, I’d seen a tiny crack of sunny promise splitting through the dark tarmac of my soul. I’d seen progress – I really had. What had happened? Everythign felt ruined now. I’d faced so much – my heritage, my past, my emptiness.

I faced it all and for what?

Nastasya has lived for more than four-hundred years, but nothing seems to get any easier. Desire, death and heart-breaking truths are revealed in book two of this compulsively addictive trilogy.

When you’re born immortal, can you ever outlive your past?

I haven’t read the first book, Immortal Beloved, but my mum enjoyed it so I’ll be passing this on to her! Thanks, Hodder. 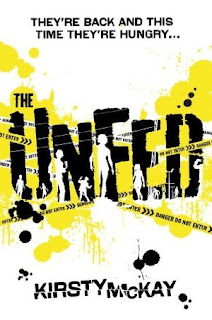 The good news: Bobby survived her unreal school trip. The bad news: her best bud Smitty is missing. There are undead everywhere and they’re getting hungrier...

It’s a no brainer. Somehow she must find some living friends – and the antidote – before everyone’s toast.

SO EXCITED for this. I loved the first book so much! Thanks, Chicken House! 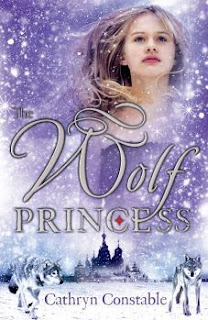 Alone in the world, Sophie dreams of being someone special. But she could never have imagined this...

Ona school trip to Russia, Sophie and her two friends find themselves abandoned on a train. They are rescued by the glamorous Princess Anna Volkonskaya, who takes them to her winter palace and mesmerises them with stories of lost diamonds and a tragic past.

But as night falls and wolves prowl, Sophie discovers more than dreams in the crumbling palace of secrets...

I wasn’t too fussed about this, and then I read the press release and Tina’s letter. Thanks, Chicken House! 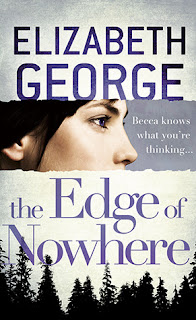 Becca King is on the run. From an abusive stepfather and from her own unusual talent for ‘hearing’ other people’s thoughts. Becca’s mother arranges safe haven on Whidbey Island but that doesn’t quite turn out as planned, and Becca is left to rely on her wits – and on the islanders.

Whom can she trust? Eighteen-year-old drop-out Seth Morrow? Motel owner Debbie, raw with grief at the death of her daughter? Derric Mathieson, a Ugandan orphan with a mysterious past and a painful secret of his own?

Becca is on a voyage of discovery, one that leads to a deepening of her powers and eventual understanding of why fate has brought her to this island.

The Edge of Nowhere is the first in a brand new series. Each novel will cover one sememster of teenage Becca’ss school time of Whidbey Island.

This isn’t really my kind of thing, but thanks Hodder. 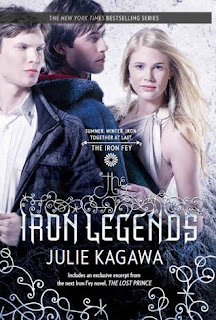 Enter the world of the internationally best-selling Iron Fey series.

Dagerous faeries. Heart-breaking romance. Thrilling action and limitless adventure. The world of the fey has never been so powerful. This collection includes three novellas set in the world of the Iron Fey plus the Guide to the Iron Fey with exclusive information about Julie Kagawa’s unforgettable world of Faery.

WINTER’S PASSAGE
Never make a promise to a faery. They always come to collect. Now Meghan Chase must fulfil her promise to Prince Ash of the Winter Court and embark upon a dangerous journey into the heart enemy territory – while being pursued by a relentless new foe and guarding her own foolish heart.

SUMMER’S CROSSING
What can turn enemies into reluctant allies? A call from the Exile Queen, Leanansidhe, ties legendary prankster to his archenemy, Prince Ash, on a journey that may end in betrayal and will set them both on an irreversible path.

IRON’S PROPHECY
Before she ever knoew what she might become, Iron Queen Meghan Chase was warned by the oracle that her firstborn child would bring nothing but grief. And even as Meghan and Ash celebrate their long-awaited union, the prophecy stirs...

Three Iron Fey novellas for the first time in print!

I do love it when a forgotten pre-order arrives! YAY!