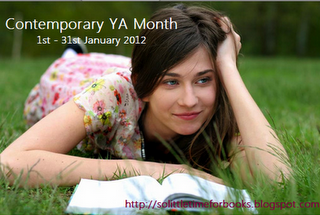 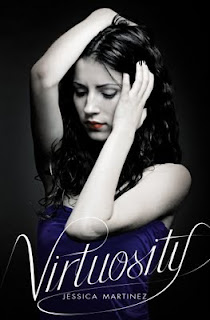 All her life, Carmen has known she has to be the best. And she’s wanted it as much as her family, putting everything aside for her music. But now she’s met Jeremy – a fellow competitor for the prestigious Guaneri music prize – and she’s beginning to think there’s more to life than playing the violin. Jeremy seems to understand her more than anyone else. But does he really care about her, or is he just out to win the competition?

Carmen has a choice to make: between following the path her whole life has been steered towards, or taking a step into the unknown with someone she’s not sure she can trust. Because trying to win everything could mean losing it all...

I didn’t really know what to expect from Virtuosity, but I ended up loving it.

I was entranced by Carmen’s struggles. And her had quite a few of them. First, you have her pushy and domineering mum/manager who literally runs her life for her. Carmen is not allowed to do anything outside of her permission and she is rigorously controlled, everything is geared to her winning the Guaneri prize that would make her career. There is little thought given to Carmen’s wants and happiness and it’s really rather heart-breaking. At nearly eighteen, she’s had none of the social experiences that a normal girl her age has and she’s beginning to resent it.

Next up is the beta-blockers that Carmen takes to help her with her anxiety when performing. Her reliance on them is introduced subtly and as a part of life initially. It isn’t until a little later that you realise what a problem it actually is, and then you learn how it began and it made me angry, I have to admit. Her strength and resilience when it came to this topic was handled beautifully by Jessica Martinez and I was very, very impressed with the sensitivity and delicacy that she approached it with.

And then came another problem: a boy-shaped problem. Jeremy is incredibly talented, good-looking and seems to understand Carmen. But he’s also her biggest threat to winning the Guaneri prize. I have to admit to being completely unsure for quite a lot of the novel what Jeremy’s motives were. Sometimes I thought his intentions were sincere, and others I mistrusted him intensely. Martinez kept the tension and suspense around his going for just the right amount of time and with enough energy to keep me genuinely in the dark.

Virtuosity had a shocking twist that was extremely unexpected and brought up a serious dilemma for Carmen. I didn’t see it coming at all, which is always good! After Carmen figured out what she wanted to do, the story came to a natural and open ending, that while a sequel would be entirely possible, I really hope Martinez leaves Carmen’s final decision to me.

I thoroughly enjoyed Virtuosity and I’m eagerly anticipating whatever she has for us next.

A big thank you to S&S for providing me with a review copy.

Sophie
Posted by So Many Books, So Little Time at 14:05
Email ThisBlogThis!Share to TwitterShare to FacebookShare to Pinterest