Back in 2010 I was the first to review Siobhan Curham’s first novel for teens, Dear Dylan, which she self-published, and I loved it. Two years later, Dear Dylan won the Young Minds Award and is being republished by Electric Monkey and I’m honoured to be kicking off the blog tour with a guest post from Siobhan. Read my review of the book and then read on to find out why Siobhan wrote Dear Dylan.

Day One ~ So Many Books, So Little Time 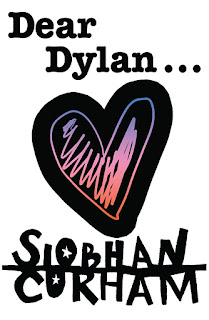 When I was a teenager I mainly read books for pleasure, but every now and then a novel would come along that became more like a life-line. One of the most difficult times of my teens was when my parents split up. Back then, divorce wasn’t as common as it is now and I didn’t know any other kids whose parents were separated. I felt scared and upset and alone. But then I read It’s Not the End of the World by Judy Blume. The book is about a character called Karen whose parents are going through a break-up and how tough she is finding it. Even though her fictional family was very different to mine, the emotions Karen was experiencing were almost identical, and I drew so much comfort from that.


Fast forward to my early thirties. I was now author of several novels for adults and Writer in Residence at a local school. As I started running regular writing workshops for young people I was reminded of what a difficult and painful time the teenage years can be. Then, one week, I ran a drama workshop in a local youth centre. One of the girls who came along had really had it tough. Her family had come to the UK as asylum seekers and she was now living in foster care. In spite of all this she had a wonderful spirit and lust for life, and was determined to one day be an actress. At the end of the workshop she asked me which of my books she should read. When I realised that she can’t really read any of them as they were all for adults it was a real light-bulb moment. Why wasn’t I writing books for young people like her? About characters facing the same kind of issues? Books that would hopefully help and inspire readers the same way Judy Blume’s helped me all those years ago.


And so I made the transition into YA fiction. Dear Dylan is my first novel for teens and it is about a 14 year-old girl who starts emailing her favourite actor because she is so unhappy at home. Through the resulting online friendship she gains the confidence to stand up to her bully of a step-dad and pursue her dream of becoming an actress. I initially self-published Dear Dylan, and, when it went on to win the Young Minds Book Award, it was one of the happiest moments of my life. I had set out specifically to write fiction that in some way helped young people, so to have Dear Dylan recognised in this way was thrilling. Now it is being traditionally published I hope it will reach many more readers. And if any of them get as much from it as I did from It’s Not the End of the World then it will make me the happiest writer on the planet!


Dear Dylan also includes a sneak preview of Siobhan’s next YA novel, Finding Cherokee Brown, which looks at how a teenage girl finds a novel way of standing up to her high school bullies.

A massive thank you to Siobhan and make sure you all keep up with the tour!
Sophie