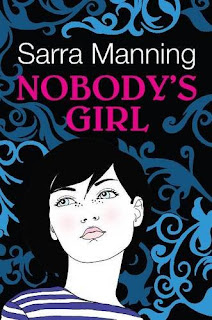 Nobody’s Girl - Sarra Manning
Pages: 368
Publisher: Hodder
Release Date: 4th February 2010
Other Titles by this Author: Guitar Girl, Diary of a Crush trilogy, Pretty Things, Let’s Get Lost, Fashionistas series, Unsticky
Life is hard for dreamers…
Plain, frumpy, dull as mud - that’s Bea. So when super-cool Ruby and her posse want to hang with her, it has to be practical joke. But an invitation to a girly holiday in Malaga with Ruby and co. seems like the real deal. Even better, Bea can get away from her annoying mum.
But after forty-eight hours in Spain, Bea is heading to Paris to find the father she’s never met. On the way she meets Toph, an American student backpacking around Europe, and as they search for her dad in the cafés and boulevards of Paris, she loses her heart instead.
Is Bea Toph’s girl or the good girl her mum expects her to be? Or will this be the magical summer that Bea finally becomes her own girl?
I’ve loved Sarra Manning’s books for years and I wasn’t surprised when Nobody’s Girl became one of my favourite books of the year so far.

I see Sarra Manning as the darker, edgier and quirkier UK version of Sarah Dessen. And like Sarah Dessen’s novels, Sarra’s focus on normal, every-girl characters who are (usually) completely lovable, easy to relate to and find out who they really are. In Nobody’s Girl, Bea is a former shy and boring doormat (or so she thinks) who turns into a strong and feisty girl with a passion for all things French and gift for wreaking revenge. I have to admit that the Bea of the beginning of Nobody’s Girl reminds me of me far too much!
But being Bea means you get a Toph (sounds like loaf), so maybe it’s not all that bad! Toph is possibly one of my favourite of Sarra Manning’s boys. Even if he is a toxic boy. (Speaking of toxic boys, you should all check out Sarra’s guest post about them at Wondrous Reads.) A gorgeous American student backpacking around Europe? Yes, please! Thinking about it, Toph might even be on par with Dylan from Sarra’s Diary of a Crush trilogy. That’s quite an achievement!
I stayed up very late to finish this book, which is something that doesn’t happen very often as I LOVE my sleep, so that tells you just how much I loved it. But more than that, I even lay awake thinking about it after finishing it. And at the risk of sounding like an idiot, I’m going to tell you why. Bea lives inside her head with her hopes, dreams and fantasies being her focus (like me), but not once in Nobody’s Girl did she let go of her dreams or expectations, and some of them even came true. It made me think that some of my ridiculously silly and unrealistically romantic dreams could maybe, just maybe, possibly come true.
Nobody’s Girl has elicited one of the most personal reviews I’ve ever written or posted and I hope that will demonstrate how much I loved it and encourage you all to pick it up.
For my 2010 100+ Reading Challenge
Sophie
Posted by So Many Books, So Little Time at 09:00
Email ThisBlogThis!Share to TwitterShare to FacebookShare to Pinterest