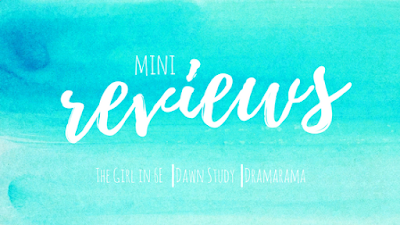 I rated The Girl in 6E 3 stars, Dawn Study got 4.5 stars and Dramarama 3.5 stars. Thanks to HQ Stories and NetGalley for the review copy of Dawn Study. 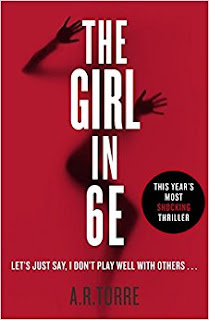 
She hasn't left her apartment.
She makes money from performing to webcams on a sex site, where her clients pay $6.99 a minute for her time.
She's doing alright. The dollars are piling up in the bank. She's the number 3 model on cams.com.
And she hasn't killed anyone for years.


But when Deanna sees on the news that a little girl called Annie has gone missing, the story rattles her carefully ordered world. It's uncomfortably similar to the dark fantasy of one of her most disturbing online clients. She's convinced he's responsible for the girl's abduction - but no one will listen to her.


So, after three years, Deanna finally leaves the apartment.


And this is what happens...


Mini-Review
I plucked this off of my Kindle in the midst of a horrible reading slump and it snapped me right out of it.


Other than the sexy and the impending kidnap, it was actually really interesting to learn about all the different people that Jessica/Deanna comes in contact with while camming and how she’s managed to not leave her apartment in 3 years. But it was the race to save Annie that made up most of the novel. And I couldn’t read it fast enough.


A good, fun read to snap you out of a funk. Not for the faint of heart though! 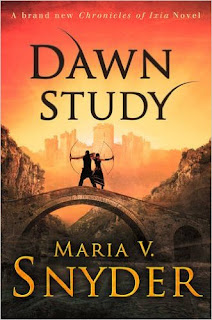 
Synopsis
Despite the odds, Yelena and Valek have forged an irrevocable bond, and a family, that transcends borders. Now, when their two homelands stand on the brink of war, they must fight with magic and cunning to thwart an Ixian plot to invade Sitia.


Yelena seeks to break the hold of the insidious Theobroma that destroys a person's resistance to magical persuasion. But the Cartel is determined to keep influential citizens and Sitian diplomats in thrall, and Yelena at bay. With every bounty hunter after her, Yelena is forced to make a dangerous deal.


With might and magic, Valek peels back the layers of betrayal surrounding the Commander. At its rotten core lies a powerful magician and his latest discovery. The fate of all rests upon two unlikely weapons. One may turn the tide. The other could spell the end of everything.


Mini-Review
I adore this series and my love for Yelena, Valek, Ari, Janco and the gang is endless. I really wasn’t ready for this series to end (again).


I took Dawn Study so slowly at first that I almost felt like something was missing from this last instalment. And then I starting bingeing it, just like I have every other one of Maria V Snyder’s books, and I fell back under it’s spell.


It’s impossible to talk about the plot of this book without ruining the rest of the series, but I loved the way the threads were all drawn together, the reunions between beloved characters, the new connections formed and the way that everything turned out. It was a perfect finale, and one that I think definitely leaves it open to go back to this world.


Dawn Study was a totally perfect ending and I loved it. Though I’m still not sure these characters are completely finished with. Well, I hope not anyway. 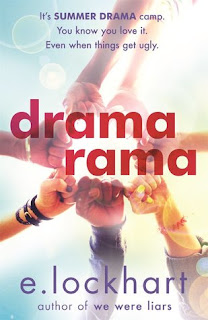 
All-round theatre-enthusiast, Sarah - better known by her showbiz name, Sayde - is a girl with ambitions too big for the small and conventional town she lives in. Her life doesn't have the razzle-dazzle she craves. For once she wants to feel special, noticed and be the centre of attention.


This summer Sadye has her talents set on Wildewood's prestigious theatre summer camp. And with her best friend Demi - a flamboyant falsetto, who is equally thrilled to be leaving their small town of Brenton - they will both experience a season of hormones, hissy fits, jazz hands, song and dance, true love and unitards! But despite all the glitz and glam, there comes rivalry and competition, and Sadye will have to prove her talents more than she has ever had to before.


Summer at Wildewood will not only determine Sadye's future - but will also test her friendships.


Mini-Review
I’m a huge E Lockhart fan and I’ve been loving Hot Key Books re-issuing her older books, particularly ones like Dramarama which didn’t make it to the UK originally.


Dramarama was just as fun, quick and easy to read as her other novels, but it definitely wasn’t my favourite. I loved the glimpse into the ultra-competitive, harsh and hormone-fuelled world of drama school and E Lockhart’s pitch-perfect exploration of friendship, love, fitting it and finding yourself, but I just didn’t connect with Sadye in the way I had hoped to.


I’m so pleased there’s another E Lockhart book coming this year. Genuine Fraud, get in my eyes.